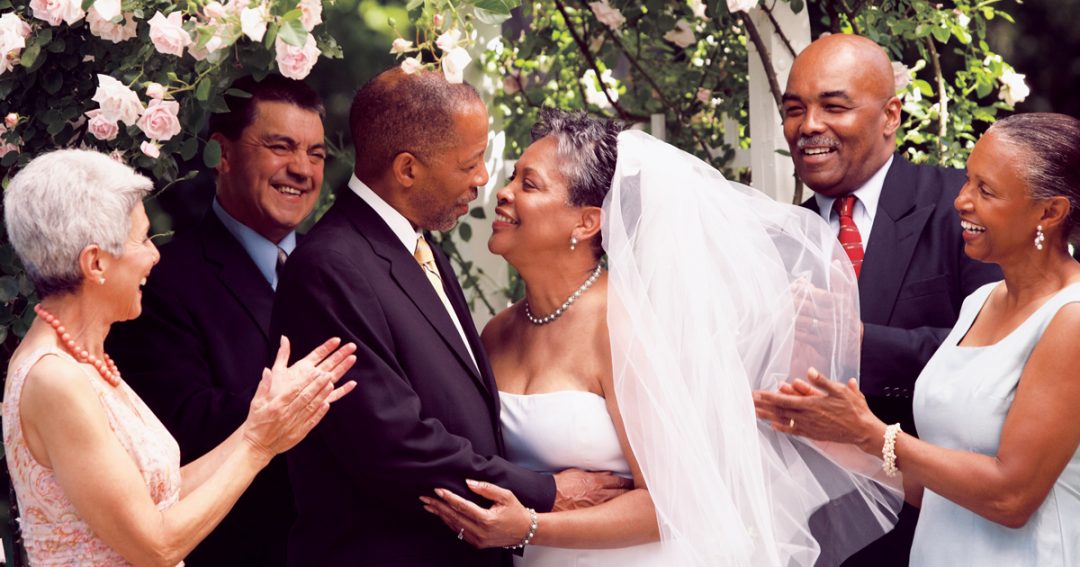 It is becoming more and more common for married couples to renew their wedding vows. Have you ever wondered why doing this has become so trendy? Actually, there really are quite a few reasons why so many couples choose to officially renew their vows. Here are just four of the most common.

1. Having Their Vows Blessed by a Priest

If there is one thing Catholics know about marriage, it would be that the Church doesn’t recognize a secular marriage. It is a sacrament, the Sacrament of Holy Matrimony, and thus can only be conferred by a priest within a mass, or a deacon outside of mass. If they originally were married by a justice of the peace, for example, they may want to have their vows blessed by a priest. When this is the reason for renewing their vows and you want to choose a gift, you might want to buy religious products that embrace the sacred nature of the ceremony.

2. Celebrating the Big Wedding They Never Had

Sometimes, couples elope so there never really was a wedding complete with guests and a reception following the vows. It isn’t really important ‘why’ they eloped but rather ‘that’ they eloped and so denied themselves of that big wedding they always dreamed of. It could have been financial reasons for eloping and then again, it could be that the parents of the bride or groom wouldn’t have given their blessing. For whatever reason, some couples renew their vows so that they can throw the biggest and best celebration they could ever imagine.

3. Mending Rifts in the Relationship

Then there are those couples who ran into a few obstacles along the way and worked very hard to avoid divorce court. Often, they went through marriage counseling and if the marriage didn’t reach the point of dissolution, they decided to recommit themselves to each other. Sometimes, this commitment is even better than their original vows because they’ve shared a life together and have persevered against all odds. Because of this, they often write their own vows based on the challenges they’ve already faced, vowing to rise above all other obstacles that might lie in their path.

Traditionally, this is probably the most common reason why so many couples in the past have renewed their wedding vows. It is typically a special way of celebrating a Silver or Gold wedding anniversary because it really is becoming more and more unusual for couples to make it this far together.

Actually, it was always a challenge but not always due to issues in a relationship. War was often the reason why couples never made it to anniversaries beyond ten years. Think, in our generation and that of our parents and grandparents, of the number of young men we lost in Vietnam and WWII, not to count Dessert Storm or the Korean Skirmish.

Those who survived feel utterly blessed to still be together which is why renewing their vows is a celebration that goes beyond commitment. It’s a celebration of thanksgiving as well.

Are you considering renewing your wedding vows? No matter what the reason, it’s a time to celebrate and as such, here’s wishing you many more years together as one.

ALSO, READ How To Deal With A Relationship Rut In Pandemic Times