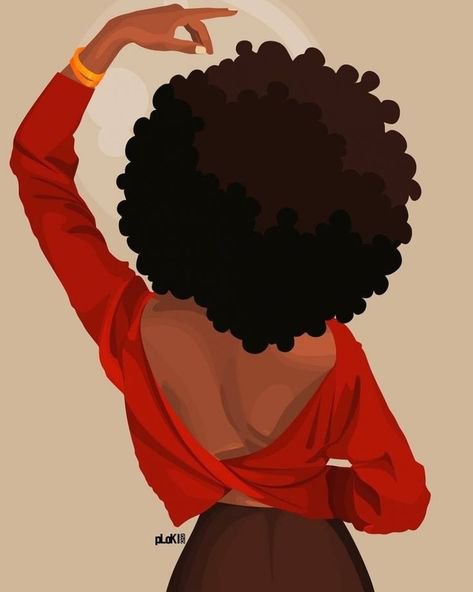 Rummaging both bedside drawers for the umpteenth time, Rhonda couldn’t see a trace of her dairy. Trying to recall for the last time, where she’d either seen or dropped it.

She’d ended up squealing, “Ouch…!” after unconsciously biting hard her forefinger that was inside her mouth. Flinging it to sooth the hurt, her eyes darted to the wall clock.

She’d been too anxious within the day, and a sting of that still lurked around this early hours of the night. It was only half an hour to 7:00p.m.

“What the heck?!” She gnarled. It’s  been almost twenty-five minutes of dairy hunting, already. She wiped off the beads of sweat on her forehead.

Wasn’t it supposed to be breezing cold, why was it now a contrary ooze of heat? She walked up to the air condition’s switch, apprehensively turning it off.

“You’re of no use, jeez!” She scowled at the inanimate object as if it could understand her.

Where could it be? That shaggy cover, silvery edge, pink color notepad was of utmost importance to her. By the way, what’s with pink and girls? She was already gliding off that pinky phase stuff, thanks to maturity, and besides, white had become her most endearing, and was going to be for the rest of her life. Being the realist she was, she’d rather stay in tune with this founded neutral attraction of hers with no alternative, because life itself is. Taking this dairy thing off her mind was becoming non-negotiable with her head, and allowing anxiety obstruct her fun night? Not at all. She was certainly going to find it somehow, period.

The image of it, and where she’d seen it that morning before leaving for work, kept coming to her mind. That moment you can’t find something you’d seen a while ago, is just irking.

It was one of her best gift, received eight years ago. Worth thousands of magic leaves in different colours had already housed so much pleasant, awkward, bad memories, ideas, name it; but above all, had contributed massively to her growth.

Just left with two leaves upon which she wanted to nibble down those wishes before thirty-three, and now, it was more like the hardest puzzle to solve.

Could anything be more worse? She ran her fingers through the tail of her braids. Her butts barely kissing the bed, came the doorbell ringing.

“Damn!” She had the inkling about who it was, but she hadn’t even started preparing yet. Putting her bathrobe on, she waltzed her way to the sitting room, tightening the ropes.

She glanced through the door’s peephole instead, to confirm, but those beady azure eyes of hers didn’t catch a glimpse of anyone, as expected. She hesitated for a few more seconds, if the doorbell would come ringing again, but it didn’t, and there wasn’t a trace of anyone, still.

At thirty-two, just few hours to clock thirty-three. She’d grown into a beautiful multi-talented lady.  As a communication manager, she earned the privilege, working for a renowned telecommunication company. Aside that, she was also one of Mainframe’s production editor. Rhonda was accomplished, but particularly, one thing hadn’t balanced all up.

She’d been through her share of life’s misery. A female turns twenty-five, she’s seen as already old. Questions like, when are you getting married? Where’s your husband? Do you think you still have all the time in the world? All that jazz, and the pressures it comes with, was all she’d experienced, but then, she’d eventually braced through.

It was much worse two years ago, when she turned thirty, and had ended it all with the so called “perfect one”. As if her life depended on it, her mum’s display of all hope was lost for her daughter, after the shocking confirmation that fateful evening, manages to tickle her in some way, anytime she recalled.

“You’re now thirty, you should have a kid or two by now.” Her Uncle’s statement. “I’m getting old, I need to drink wine on your head, oh.”

She’d sighed bitterly, he was only concerned about giving her out in marriage, yet never bothered or supportive of the fact she was eager to further her education. She wouldn’t blame him, because he’d refused to grow with time, else he won’t always have to remind her how a woman’s achievement only ends in the kitchen. How could one she’s supposed to look up to, possess such fogyish mindset, in today’s world?

Rounding up her Master’s degree had landed her this current dream job, and also served as a refuge that kept her soaring beyond all those pressures that made it seem as if singleness was a stigma or crime.

She knew exactly what and where she was headed in life, and wasn’t letting nothing pull her down. The job came with its juices, aside others, like the company’s A-class Mercedes, a well furnished flat situated in Alaka way, Lekki Phase 1, where she lived away from her widowed mum, outdated uncle, and the knacks, at least. Also, being and editor came with its privileges.

It was an all occupied four flat block, and her neighbors were just the best she could ask for, having stayed in the environ for about three years now. Life was quite fair, and her hard, smart work paid off than expected.

Standing by the door, she felt more perturbed, staring through the peephole, yet seeing no one at the door, still.

Okay, her nerves were cladding dramatically, so she heaved deeply, an attempt to release the negative energy building up within. It was now dark outside, so she switched the verandah’s light on. It was a weekend, and all three neighbors were out to catch fun as usual. She was no homebody at all, in fact she was preparing to leave too, and would prolly have been ready by now, had it not been the dairy hunt.

She’d even returned to see Felix, her next door neighbor driving out. But then, who would have rung her doorbell? Turning breezily back to the room, she halted in her tracks, unable to resist the perturbing urge to go back and open up the door.

Walking up to it, she swinged it open in full force, her eyes darting to her doorstep. There, laid a large white carton box, wrapped in red ribbon. She heaved, a bit relieved, nervously picking up the little card placed on it. Carefully, her eyes made out the contents written on it, which got her lips curving into a smile.

“Just want to be the very first to gift you. Sorry for the inconveniences this has and will still cause you. I just hope you won’t mind doing me the delight of putting this on for the night? You remain that perfect queen I always adore.

Happy birthday in advance, my dearest, much love):

Rhonda stood frozen on the spot, totally numb to the surrounding, yet fully aware of the warmth spreading within her. Fresh energy coursed through her, flutters of hope swirling in her heart. The impact from the card, was just too overwhelming, and it’s been so long she felt this way. Oh gosh, just a mere card with so much effect? She sighed.

It was difficult connecting the dots, it could be anyone and not what her mind was suggesting, right? Like, it’s already been three and a half years, since she dissolved the only serious and promising relationship. Everyone’s green light about it was like the confirmation she couldn’t object, but it just wasn’t it for her. Yes, it was better than the rest, and was very difficult breaking out too, but she had to, and it was so worth it for he was no match for her at all.

She had no time to entertain or open up scars anymore. The key to such memories and its negative energy was thrown far behind her now. Although, she’d been in a set of three or so, sort of, and she’s been so better off since, walking away with the lessons, each came with.

Who exactly is this, getting her all perked up through a piece of note?

And to think, this gift pattern was similar, sort of, her mind immediately toured down memory lane, trying to figure it out. But then, her reverie got interrupted, a welcome back startle to reality, the worse she’d prolly ever gotten.