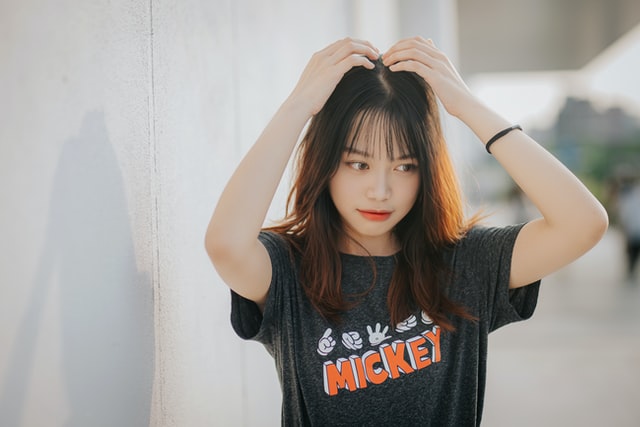 According to the latest research from the Centers for Disease Control, out of 5 persons with an autistic trait, you’d get 4 males and a female. Autistic girls are being termed “hiding in plain sight” or “lost girls”  because they are diagnosed late or have been overlooked.

In diagnosing an autistic girl, the symptoms are mostly misinterpreted because they may not fit the stereotypes. Many of them having ASD usually have hidden signs which may confuse you especially when they are young.

The Overall ratio of males to females having ASD is about 4:1, but if there is an additional intellectual disability, the ratio drops to 2:1. Also among high-functioning kids, the ratio is 9:1.

QUOTES=“Females are the orphans of the autism world.”

5 Reasons Why Many Autistic Girls Are Overlooked

According to Dr. Epstein, he said that girls struggling with undiagnosed autism most times develop anxiety, depression, or poor self-esteem and most psychologist may not dig deep to see the social dysfunction that is caused by autism.

Dr. Nash also added that these girls can also be misdiagnosed with ADHD He also said that a lot of girls who are diagnosed with ADHD, may actually meet the criteria for autism but because of the hyperactivity of a child without much social impairment, autism may be missed”.

2. Autistic girls “pass”… at least for a while

Another reason why autism in girls is really overlooked is that “girls tend to get by”  -Dr. Epstein. So, it means that they’re able to pass!!  Many autistic girls may not be so brilliant but they’ll just play along and imitate what they see. They may have been scaling through their third or fifth grade but it would show as a problem when they get to high school.

Autism spectrum disorder is a developmental disorder that is accompanied by deficits in communication and social skills, and repetitive or restricted behaviors.

According to  Susan F. Epstein, Ph.D., a clinical neuropsychologist. She said that autism diagnosis has turned out to be a male model (since it’s common among males).

The reason for this is that girls always have a  more quiet presentation of autism and also may not show much restricted or repetitive behavior.

According to a 2005 Study at Stanford University, autistic girls exhibit less restricted and repetitive behavior than boys do.  Also wendy Nash, MD a child psychiatrist at the Child Mind institute, also added that girls are more likely to coordinate their behavior in public, so in this case, the teachers may not catch any difference.

Also, A Neurodevelopmental Specialist named Hannah Hayward says that women are often adept at masking traits that are typically connected with ASD.

Another factor that leads to lower ASD diagnosis in females is because they mask their own less socially desirable behaviors.

For example, a 2016 study of playground behavior published in the journal of child psychiatry and psychology found that guys are rejected out rightly by their peers, and girls are neither accepted nor rejected. No matter how bad a beautiful girl’s character may be, people would always want to cope. The funny part is that if you pay attention while she’s playing with her friends, you’ll notice that she not actually playing with them but herself.

So there is always social camouflaging with ladies having ASD because they want to fit,

5. The Cost of A Missed diagnosis( What of The effects of misdiagnosis)

Dr. Epstein says that undiagnosed autistic girls would probably end up with “what’s wrong with him”, and this can lead to anxiety, depression, and loss of self-esteem.

Dr. Nash says less severe autism in girls is often first flagged because of the depression they generate or social issues.  One effect of a missed diagnosis is that the child will suffer from depression or poor school performance. Dr. Nash also says “Depression can be more common among high-functioning kids on the spectrum.

When autistic girls are discovered late, they’ll miss out on early support for skill-building. Helping a child build good social skills at an early age Is easier but quite difficult when the child is older, this is one of the dangers for anybody who gets a late diagnosis.