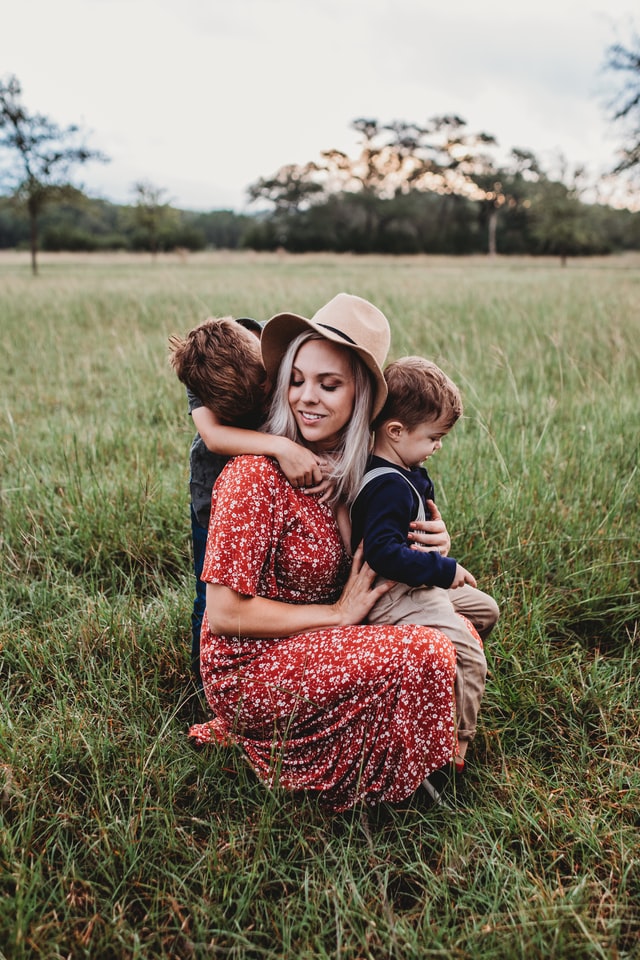 The effective parenting rules for mothers with sons, unlike every other parenting rule, there are very crucial knowledge and skills every mother with sons must have to instill the same to their sons.

Living in a society where the male gender is considered superior to the female gender, hence being favored more than the females, to change the narrative, you must first unlearn to relearn, and reset the mindset from what was being circulated.

The rate of violence against women and children are two major effects of this mindset of male superiority.
Moreover, the female gender is not considered fit for some particular work or functions.
The generation past has made this mistake but this has to be changed in this 21st century and it starts with you, mothers with sons.

Teach your sons to be accountable.

Accountability is one of the values you must teach your sons. Don’t be loose with your sons in the sense that, you allow them to do things as they wish without accounting for it, just because they’re boys.
Teach them the same moral values you teach your girls. When they misbehave, the same measure of discipline you use for the girls should also be used for the boys. This will make them know that moral values are for both gender, and none is expected to be better behaved.

Get your sons involved in house chores. 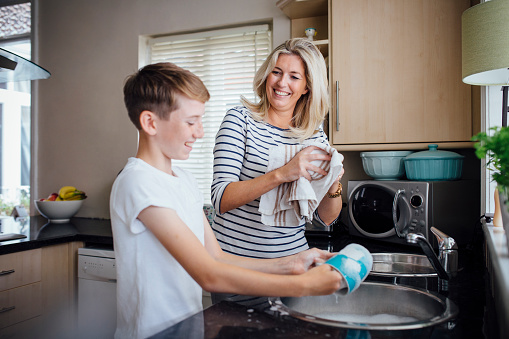 Growing up, I witnessed a lot of parents who tell their girls that house chores are for girls not boys, so, they shouldn’t expect their brothers to be involved in chores.
Truth is, this pattern is still on and you must change it if you want to raise a wholesome boy.
Involving your sons in chores doesn’t make them inferior nor does it make them superior. House chores are one of the ways to teach your child responsibility. You can’t raise a responsible son if you do not teach him responsibility.

A son that’s raised with the mindset that chores are for girls would never be able to help his wife when the need be, and this could cause a lot of damage in his marriage/family relationship.

Chores teach children coordination. Your son needs to know to be coordinated because he would need that skill in his workplace tomorrow.

Don’t make your girl take responsibility for your son’s misbehavior.
Many parents would scold their girls for not putting the house in order, the same house that was scattered by their sons. Instead of scolding the son, the girl takes the blame. Do not raise your son to think that he’s free to misbehave. Let him be responsible for his actions. If he scatters the house, he should arrange it.

Allow your son to express himself. By this I mean, he should express his emotions the way he is comfortable with. If he wants to cry, let him cry.

Being a parent coach and mother to three active sons, I can boldly tell you that your son gets better when he expressed his emotions in his most comfortable way.
Don’t teach your son to buckle his emotions. Avoid the same statement frequently and ignorantly used by some parents “stop crying, boys don’t cry or you’re a man, you should behave like one, stop behaving like a woman”
It’s really sad to say that the increased rate of domestic violence is a result of adults who were not taught the right way to express their emotions, so they resort to hitting.
Your sons also have emotions, just like your girls. Allow them to express it, only coach them to manage it properly not to buckle it up.
This also affects their mental health which could result in suicidal thoughts.

Teach your sons how to cook and wash their clothes.
Cooking and washing are a survival skills every child should have whether a boy or a girl.
It’s also a medium to change the mindset of “a woman’s life ends in the kitchen”.
Your son could find himself in a different environment with a different set of people, his ability to take care of himself would be a great help for him.
Some young men today, go into relationships not because they are ready but because they do not have the basic life skills, so, they need a lady that would take care of those aspects for them.

An instance is, when a man is seen washing his clothes, you will hear statements like “go and marry” in other words, they shouldn’t wash their clothes or cook because of their gender.

Don’t raise your son in this manner!

Be part of your son’s life.

You can’t know this if you’re not involved.

The suicidal rate in teens is on the higher rate now and one would wonder why. This is because they were not able to handle the situation and the last solution they could think of is death. But when you are involved, they would open up to you and your advice would bring a major difference.

Do you also know that sexual abuse is not only for girls, boys also get sexually abused?

Until you get involved, you will be a stranger to your son’s life and it definitely does not end well most of the time.

I have been privileged to teach and mentor some teenagers. Most of the reports I’ve got all center on parents not being involved in their lives. There’s always a vacuum that needs to be filled up. In an attempt to fill this vacuum, so many have been lead astray.

Intentionally teach your sons that girls also have their own life to live.
Your sons should know that marrying a woman isn’t just for the sake of giving birth. Teach them to know that the phrase “Companionship” doesn’t end at satisfying their sexual needs. It entails helping in all-round wellness, financially and otherwise. They shouldn’t end their wives’ duty in the kitchen. Let them be allowed to express their talents and gifts to the world.
Let this knowledge sink deep into your sons.

Teach your sons that respect and trust are earned not forced.

One who needs respect must be willing to give out respect. You don’t demand respect, you earn it.
Let your sons respect people if they also need to be respected.
Let them know that respect isn’t about greeting or accepting anything that’s said to them because the person involved is elderly.
Rather, respect is knowing who they are and what they want. They must have respect for their body, respect for others’ opinions, respect for people’s beliefs and generally, respect for humanity.
This would help them to know what to say in every situation and when to say it too.

Respect for their bodies and that of others as well as respect for people’s choices would stop the act of rape.

This quote by Shannon L. Alder further explains it; “To be a mother of a son is one of the most important thing you can do to change the world. Teach them to respect women, raise them to stand up for others, raise them to be kind.”

Teach your sons that their fists are meant to protect their woman not to bruise them.

Your sons must be raised with this mindset of you wouldn’t want to be solving violence issues in the future.

This is where the need to talk about the weaker vessels being attributed to the female gender needs to be brought up.

The four most important people they should protect are their mothers, sisters, wives, and every female gender being maltreated by the male gender.

Consistently and intentionally abide by the rules stated above if you desire to raise a wholesome son and to change the narrative of gender-based violence/maltreatment.

Princess Ozioma Chukwuemeka is a certified parent and teen coach. The founder of the Effective Parent Community, a platform where parents and intending parents get the right knowledge and equipped with the right skills for parenting the 21st century children. She's also the convener of the movement THE PURPOSEFUL TEEN, a movement birthed out of passion to help preteens and teens discover their life and live purposefully . She has taught over a thousand parents both online and offline on effective parenting approach. She has taught a large number of youths and teenagers on sex and relationships. She's also the founder of Women of Grace Int'l, a women only platform with over 8,000 members, which is aimed at empowering women in order to become the best version of themselves and adding value to their homes and the society at large. She is the author of Sex Education Made Easy, Effective Parenting 101 and some children novels used in primary schools. She has been featured in magazine and her works published in blogs. Princess Ozioma Chukwuemeka is married and blessed with kids.