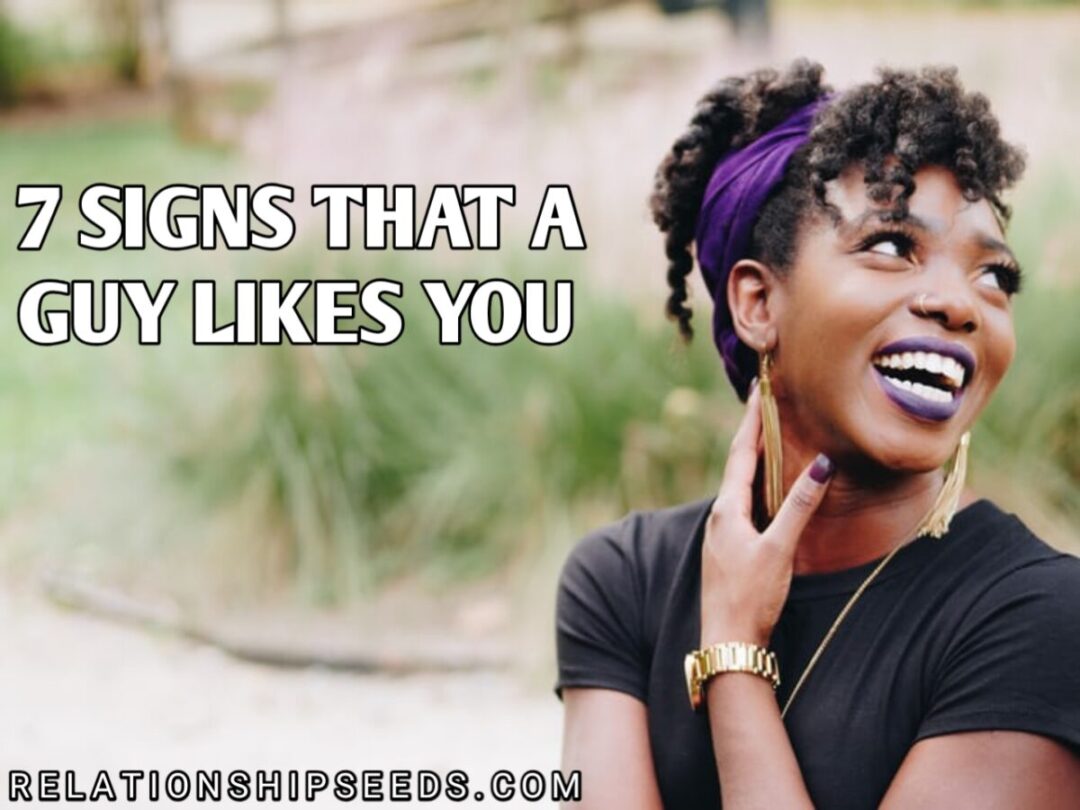 Are you acquainted with the signs to know if a guy likes you? Maybe whenever you meet, you always feel butterflies in your stomach or waves traveling down your spine. Maybe it isn’t that, it’s your knee that seems to be weak and that you may fall if you don’t rest on something. This can make you wonder if he feels the same way or it is just one-sided.

Figuring out if a guy likes you isn’t hard to crack like a nut. All you need is to be observant.

When a guy is interested in a girl, it isn’t difficult to know. Just because it will always be written all over him.

Here are 7 sure signs that he likes you, even if he is the shy type.

one of the signs that would give any guy that’s attracted to you away, is his body moves. Irrespective of how smart and secretive he is, check out his body language, facial expressions, and tone.

Is he always smiling whenever you are around? Sometimes, you may even be wondering what’s funny the way he will be smiling sheepishly. If he does, then he is interested in you.

Some men have the habit of licking their lips when a lady they are attracted to approaches. You can also watch his lips to find out.

But if he is a Beta Male; the shy type, he may find it hard to maintain eye contact for long. You can catch him glancing away quickly whenever your eyes meet. You can also find his eyes searching every part of your body except maintaining eye contact. For instance, watching how your lips are moving when talking.

Another way to find out if a man likes you is to listen to how he talks. Does he sound nervous? Is he stuttering or talking faster than normal? A guy is likely to fidget when he’s around or talking to a girl he likes.

He may start having sweaty palms especially when you are focused on him. There is also a probability of him taking a deep breath often.

If it seems like he’s always everywhere, maybe you think he’s following you, then he is! A guy who likes you will always want to be around you. He will start to visit where you normally visit, so that, he can see you.

He can also take it to the next level by engaging you. If he always tries to strike a conversation with you. Maybe he is interested in knowing you more; always asking personal questions when the opportunity presents itself. Then, he’s actually interested in you.

There is also a probability of him asking if you have a boyfriend. For an Alpha Male, he may ask you directly in a jovial manner. While a Beta Male will definitely ask indirectly or drop hints on it.

He may also start cracking jokes just to make you laugh. If he cracks a joke and proceeds to watch if you are laughing, then it is a sign that he likes you. He is only doing that to impress you.

A compliment is a way of showing you appreciate something. Another sign to look out for is a compliment.

If he is always complimenting you about your new look, maybe a new hairstyle or color, little change in makeup. Definitely, he is into you!

When he notices little changes about your appearance, probably he is paying so much attention to you.

Has he ever surprised you about a little thing you told him by remembering it? For example, your birthday, clothes you have wore despite not being so close to him. That means he’s thinking about you which means he is interested in you. Guys rarely commit subtle things or details about girls they have no interest in their brain.

ALSO, READ Cute Love paragraphs For Him Copy and Paste

Imagine being together with his friends in a place. Suddenly, they keep taking turns to leave, while leaving both of you alone. They probably do that for both of you to talk. He may have told them about you.

What if they didn’t leave but were busy making jokes about him while you’re around. They keep teasing him and laughing while he seems uncomfortable about it. That’s a sign that he likes you and his friends know about it.

If all his friends and family know about you without you knowing them, he surely likes you.

Have you ever seen a guy trying to readjust his clothes after sighting you from a distance? When he started being obsessed about his appearance whenever you are around. Always running his hand all through his hair, checking if it’s presentable. If he does any of these, he’s attracted to you. Men always like to impress ladies they are interested in, with almost everything, and their appearance isn’t an exception.

Do you notice any improvement in his mode of dressing especially when he is around you? That’s a sign that he likes you!

Do you feel special more than others with the way he treated you in the public?

What of him trying to help without you asking? That is a sign that he surely finds you attractive. 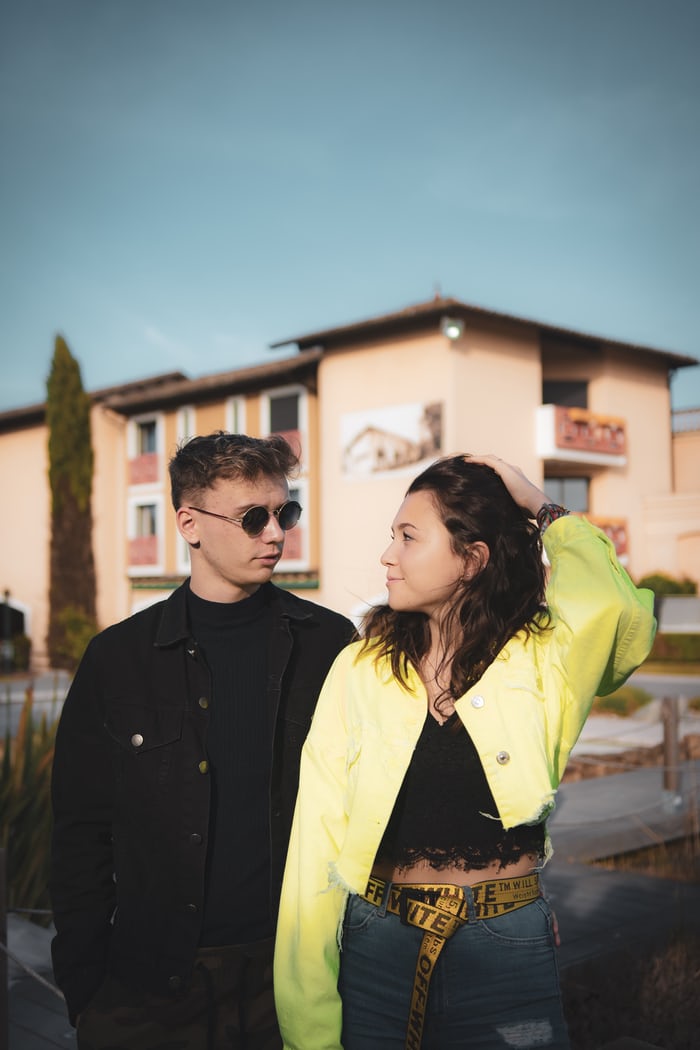 There are also chances that he will always engage with you on your social media app if he knows your ID. He will always like and comment on your post, texting even when there is no serious thing to talk about.

He may also talk a lot about himself, what he likes, and his future plan without you asking. Then you’ll know he likes you!

Even though men aren’t the same and they have different personalities, they tend to behave the same way. Their body languages are the same when it comes to girls they are attracted to.

Whether your crush is an Alpha or Beta male, there will always be signs that can give him out. All you need to do is to observe and you will definitely know if he is interested in you or not.