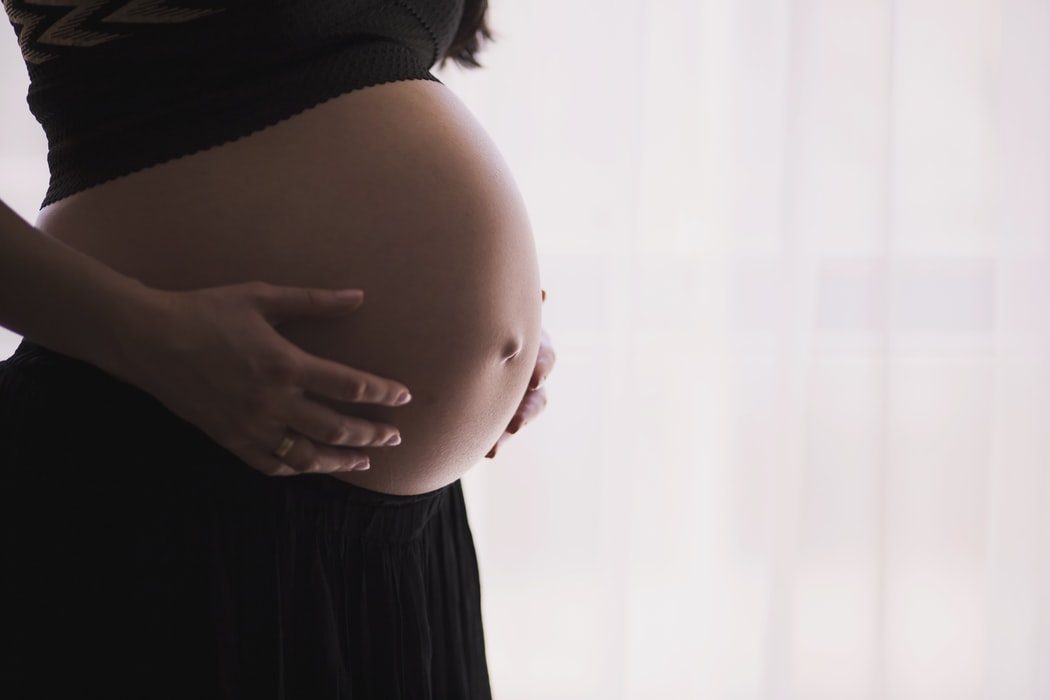 First, let’s get to understand more what vasectomy is!

Vasectomy is a minor surgical procedure whereby the vas deferentia, which are ducts that carry sperm from the testicles to the seminal vesicles are cut, tied, sealed, seared, or otherwise interrupted. It is said to be a permanent birth control procedure. There is a scalpel approach, but recently a non- scalpel approach is applauded, though both give the same result.

After a vasectomy, there is no effect on urination, ejaculation, erection, and libido. The male sexual life actually remains the same, there is still the production of sperm, but the body reabsorbs the sperm, and the male still produces semen, just that the semen do not contain sperm for the fertilization of the female egg, leading to no pregnancies.

So it is advised to go for a lab test weeks after vasectomy, to ascertain that there are no sperm in the semen, and it should be certified by your doctor.

There are certain reasons that would make a couple consider pregnancy after vasectomy, such reasons include:

2) Death of a spouse

4) Change of condition that would have made them take a vasectomy decision.

So it’s advisable to consider these reasons before deciding on vasectomy as a birth control option.

Well! Let us call that a crash course on vasectomy, so let us get down to the business of the day; different approaches for possibilities of pregnancy after vasectomy.

In this article, I’m going to let you on two different approaches to pregnancy after vasectomy.

This is also a minor surgical procedure in which the severed Vas deferens is reconnected and returned to their anatomical place. Vasectomy reversal is possible for about 20 years or longer, after vasectomy. But the longer the individual stays after vasectomy before a reversal, the less likely the possibility to achieve pregnancy.

This is the only procedure that leads to natural conception if successful.

There are two ways to carry out vasectomy reversal, but the quality of the sperm observed in the vassal fluid is important to decide which procedure to use ;

Hmm, all these medical terms seem confusing and ambiguous right? Well, I will try to explain them in simple terms, okay.

This involves stitching the outer layer of each severed end of the Vas deferens together, with a fine suture thread, this technique takes less time, but sometimes less successful.

This technique involves stitching the inner layer of each severed end of the tube first and then stitching the outer layer before reconnection is established and the scrotal incisions closed.

Vasovasostomy takes two to three hours to perform depending on the complexity of the surgery and the experience of the surgeon in charge. If a successful vasovasostomy is done, the average time for achieving pregnancy after the vasovasostomy is one year, though this is not certain, a good sperm count usually returns within three to six weeks. 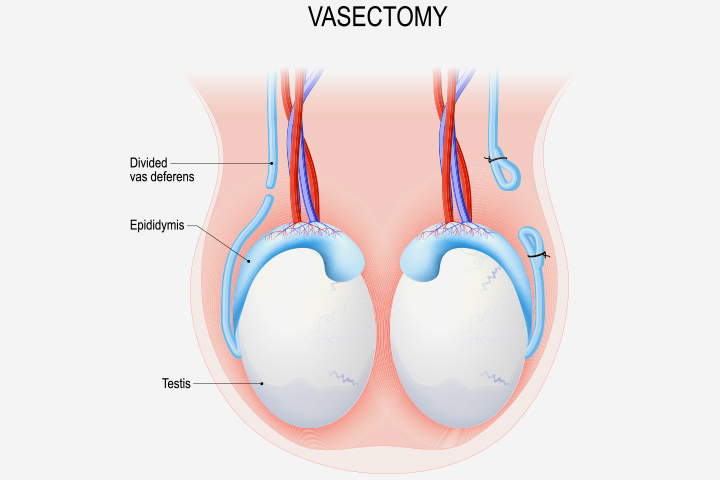 Two conditions have to be met for a successful vasovasostomy.

2) Each connection must be watertight as possible to prevent scar tissue from forming.

This procedure can also be called Epididymovasostomy. This is done only when a test has been carried out on the vassal fluid, and the findings shows Epididymal obstruction, it is often done when vasovasostomy fails, and also when there is no sperm present in the Vas deference.

There are two technique to this approach;

Mucosa- to-Mucosa end-side method- In this method, an opened epididymal tubule is connected to the severed end of the Vas deferens with four to six small simple sutures, placed around the girth of each tubule.

The success of vasoepididymostomy is highly dependant on the proficiency of the surgeon. Swelling, pains, and bleeding are likely to occur after vasectomy reversal, it is important to report this discomfort immediately to your doctor.

After a vasectomy reversal, it is advised to wear a hockey strap for support for about four to six weeks, and also abstain from strenuous activities for a while.

There are risk factors that affect the success rate of vasectomy reversal, hence the possibility of pregnancy, some of these risk factors include:

✓ Age of the female partner and the couple’s fertility potential.

✓ The method of reversal used

✓ The experience of the surgeon carrying out the procedure.

✓ The length of the Vas deferens left on the testicular end.

✓ The length of time that has elapsed since the vasectomy was performed.

✓ Occlusion of the Vas deferens two or more years after the operation.

The success rate of vasectomy reversal is 90% according to a report in the Asian Journal of andrology.

After the vasectomy reversal procedures, sperm evaluation is done later on. Once sperm counts return to adequate levels, the chance of pregnancy increases.

The second approach to achieving pregnancy after vasectomy is

This is a way by which sperm is extracted from a male individual for either storage or to be used freshly, for either artificial insemination or in-vitro fertilization, for the purpose of achieving pregnancy.

There are different methods of sperm retrieval or harvest, a method is chosen based on where the sperm is to be extracted, what the individual wants, the capabilities of the surgeon in charge.

Before and after vasectomy the individual can retrieve his sperm and store using a process called cryopreservation, this special process would be explained later on in this article so stay tuned.

ELECTROEJACULATION- This is done with a prob that sends electrical energy to the prostrate and seminal vesicles inducing ejaculation.

A thin needle is used to puncture the tested to gently pull out sperm, no other cut is needed, a nerve block( an anesthetic into the nerves to treat pain) is used.

Percutaneous Epididymal sperm aspiration- here the urologist sticks a needle attached to a syringe into the epididymis to gently remove sperm, however, sperm may not always come out this way.

Testicular sperm Extraction- this is done in an operating room, this way more of the testis is examined, less tissue is removed, also less damage is done to the blood vessels, making several cuts and incisions in the testis and examining the tubules for the presence of sperm.

Microdissection testicular sperm extraction- this is also the extraction of sperm from the seminiferous tubules of a male testis. Most times 60% of sperm is found using this method.

Risk factors of sperm retrieval include

*The chance of not finding sperm

* The need for future procedures.

The sperm collected can be used fresh or cryopreserved.

This is the process of cooling, preserving, and storing cells, tissues, & organelles. in this case, sperm cell at a very low temperature to maintain their viability. The sperm stored can be used successfully indefinitely afterward. Frozen sperm lives only up to 24 hours inside the uterus as opposed to fresh sperm that can stay several days.

After the retrieval of sperm, it can then be used for either ARTIFICIAL INSEMINATION OR IN-VITRO FERTILIZATION.

This is a fertility treatment method by which sperm is delivered directly to the cervix or uterine cavity for the purpose of achieving pregnancy. There are two approaches to artificial insemination;

These procedures should be done by a doctor.

According to an article in a journal of andrology, pregnancy success rates for IUI are higher after 6 cycles of IUI compared with the same number of ICI cycles.

IN-VITRO FERTILIZATION (IVF)- this involves the extraction of eggs from a woman’s ovaries and sperm from a man. The sperm is used to fertilize the eggs in a lab, under controlled conditions, when the eggs grow as embryos, the embryos are then transferred to the woman’s uterus. This method is more invasive than artificial insemination.

incubated overnight and the sperm penetrate the eggs naturally in a culture media.

mature eggs, using a micropipette. This method can be used if eggs have not been

fertilized by the traditional method.

Both IVF and artificial insemination do not guarantee a pregnancy. Using retrieved sperm for any of these procedures makes timing very crucial.

In all these procedures listed above the possibility of pregnancy depends on;

✓ Overall reproductive health of the couple.

✓ The success of the procedure.

Therefore with any of the above-listed approaches, it is possible to achieve pregnancy after vasectomy.

This article is not a guideline for any of the procedures highlighted! you have to speak with your doctor extensively to determine your best option.