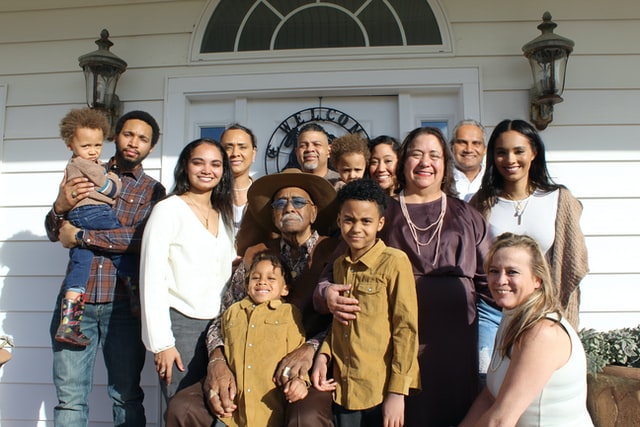 Have you’ve done something creative and told a friend or a family member about it, then got a heartbreaking response? It’s really painful after spending so many hours creating good content or a blog post for people to read, or you advertised your business and at the end of the day, you end up getting a few likes or comments.

Also, when you’re celebrating your birthday or getting married you get lots of likes comments but when you need their support you end up getting ignored.

There are so many persons in the world today, that when you tell you the numbers of rich persons who have promised and failed them, you’d be amazed. So many persons would have been at the top if they’ve had support either from their friends or from a family member. We live in a world where people don’t give a f**k about anyone else except themselves, so we just have learn how to deal with life in that manner.

in this article, you’d get some of the reasons why you are not getting any help for family and friends. Getting help these days is not really easy.

6 reasons why family and friends don’t support you

1.Ideology: firstly, there are friends or family members that just like you as a person but don’t like your ideas. When it comes to helping out, they won’t want to waste your time. That’s their ideology they have this ideology of not supporting people. They always have limitations in making friendships with people. When it comes to support, they won’t be there.

The reason why so many persons are not getting help today is that they are reaping what they sowed in the past, meaning that they failed to support the hustle of others. The support may be in form of cash, kind, sharing posts on social media,  or your time. When we live our life unconsciously without knowing that what we do today can affect how people will help us in the future, then we will get such paybacks.  So when you don’t support their hustle, why should they support your hustle??

ALSO, READ Benefits of helping others

3.Inability: When they don’t help or support you, never conclude that’s this is actually the reasons why they don’t want to help you. a friend or a family member might be so interested in your future but don’t have the means to help you.

It’s really painful when you give your uncle a business proposal and at the end of the day, he’d tell you that, “Hey son, I’m so broke! I don’t think I can help you”.  In your mind, you might start calling him a wicked man, but deep down he wants to help. He might have lots of properties and fleets of cars that may make you not want to believe. Not having the means might be a reason why family and friends don’t support you.

4.Fear: People are afraid to help these days because they’ve had so many negative outcomes of helping people. Fear may vary.

Firstly, they may be afraid to support to because they don’t know whether you’ll fail so that they will not regret ever telling or be ashamed so you so that you won’t blame them later in the future.. for example, you helped someone and the thing turned out to be disastrous, you might not want to help anyone in that aspect again. Getting blame from people can bring shame to you.

Secondly, they may be afraid to help you because they feel that you will forget them. People forget the good that people do easily. So they don’t want to risk their time and effort supporting you. also, people may have unknown fear that may arise in the future.

5.Jealousy: jealousy is actually one of the major reason why people don’t help you, some will say—‘ how will I help him when I know that he’d become lords over us??”. Some may not want to help you because you’ll become higher than them in the future.. Even if you get a chance to work with them at their office they may do every means to bring you down in order to remain higher than you. I Interview a friend several years ago and we were talking about why People get help easily from an outsider and family don’t help despite having all the means and he said.. “Outsider sees Potentials but family sees competition”.  This means that when your family or friends starts helping you, they will see you as their running mate or seeing you rather as a competitor. Some families may rather die than see themselves helping you.

6. They don’t believe in you or what you’re doing

In this life, it’s not everything you want to do that your family will gladly accept. There are some, no matter what you do, they’ll keep having doubts about you. it’s not that they hate you but they don’t just believe you in any way.

ALSO, READ How to Strengthen family bonds when you’re staying at home