The definition of a wife material is a woman who loves you, even the worst in you, and is fine with your weakness. Yes, you have had blunders which you have regretted. So she should accept that and never hold your past against you.

What constitutes a woman being wife material at times vary slightly from man to man, here are some facts about wife material.

She is not a woman who hooks up with lots of men.

She is not a selfish woman.

She is not a woman who can’t be herself.

She is not even a woman who will eagerly await her man by the front door with his pipe and slippers (at least, not anymore).

When a man says you’re wife material, it means that he sees the potential in you which can last for a very long time in a relationship. Which is more than just being your boyfriend for years. There’s a certain thing that makes him feel like you would make an excellent wife…and maybe mother to his unborn children. 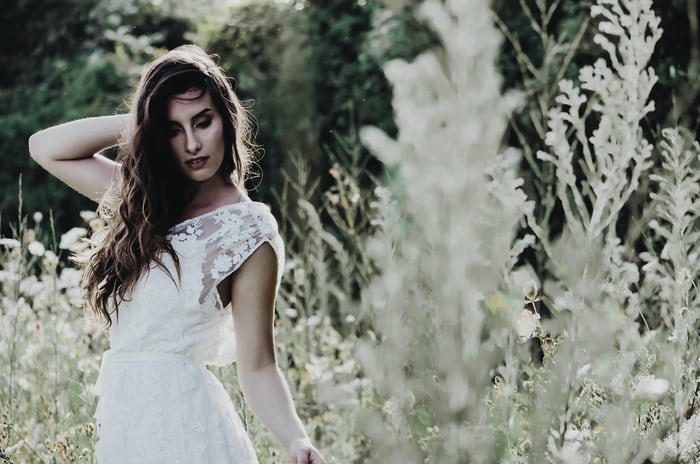 Perhaps, your man couldn’t even describe what exactly makes you a wife material. He just knows it one day. But that day may not be today. That doesn’t mean that marriage is permanently off the plan…it simply means you still need to position yourself as wife material to get the ball rolling.

It’s easy for couples to get into a groove when dating. Every Friday night, you go to a new restaurant. Maybe a movie. Then you end up at his house, where you have sex and maybe stay the night. Routines quickly become ruts, and any man who’s in a rut in his love life is not thinking about the future.

You may have already gone into full dating and then he decided to become your boyfriend. From there, maybe you moved in together or started saying I love you. Now it’s time for the next step of your relationship: potentially becoming engaged and getting married.

In addition, am not encouraging you to manipulate your man to get him to propose. On the other hand; I simply want you to be who you are, but implement a few strategies that will make him start seeing you as wife material.

If it’s still early days in your relationship, you need to make sure he values you as a prize to be won and cherished rather than a Good Enough relationship until something better comes along. If you’re still seeing another person, stop it. You want to prove to him that you’re serious about the relationship.

If he’s seeing another person, ask him to stop. Tell him you’ve decided to be exclusive, and you hope he too will do the same because you really see this going somewhere.

If you’re a brand new couple and haven’t started having sex yet, consider waiting until he agrees on being included. Whether you want to admit it or not, men may not like to see a woman who is eager to hop in the sack too soon as a wife material. Moving into sex quickly may indicate to him that you’re not looking for anything serious. It’ll be hard to undo that perception later. Routines quickly become ruts, and any man who’s in a rut in his love life is not thinking about the future.

Hanging out only at night means that sex may eventually be a part of every date. But it doesn’t have to be so. The longer you are together, the less you need to rely on sex as a tool to bond with your man.

Shared experience and Conversations will also go a long way to cementing the bond you share. If you can find activities that you can share together, like training for a marathon or cooking classes, you’ll quickly learn more about one another, and you’ll have the potential for long-term happiness.

According to Kimberley Coulter, couples who engaged in shared exciting activities together for 90 minutes a week showed higher levels of romantic-relationship excitement and relationship satisfaction after four weeks.

Trying something new in your dating standard procedure could lift your relationship and make you wife material.

Married couples eventually know basically everything about one another. They’ve shared their secrets, their insecurities, and their lifetime of stories.

You may not be there yet in terms of knowing one another very well, but you have to work on it. Start by opening up to your boyfriend. Be vulnerable to him. After all, you know you can trust him, so why wouldn’t you share whatever that is on your mind? Realize that when you open up to him, you also create space for him to open up to you. This isn’t easy for most guys. Believe me.

When he’s ready to open up to you about past pain or things he’s struggled through, listen. Don’t try to fix him. He doesn’t want a therapist; he wants an open heart and maybe a shoulder to lean on. A woman who is wife material willingly creates this space for the two of you to share your emotions. She listens without judgment, and shares without fear.

Click here to READ  7 Signs That A Guy Likes You.