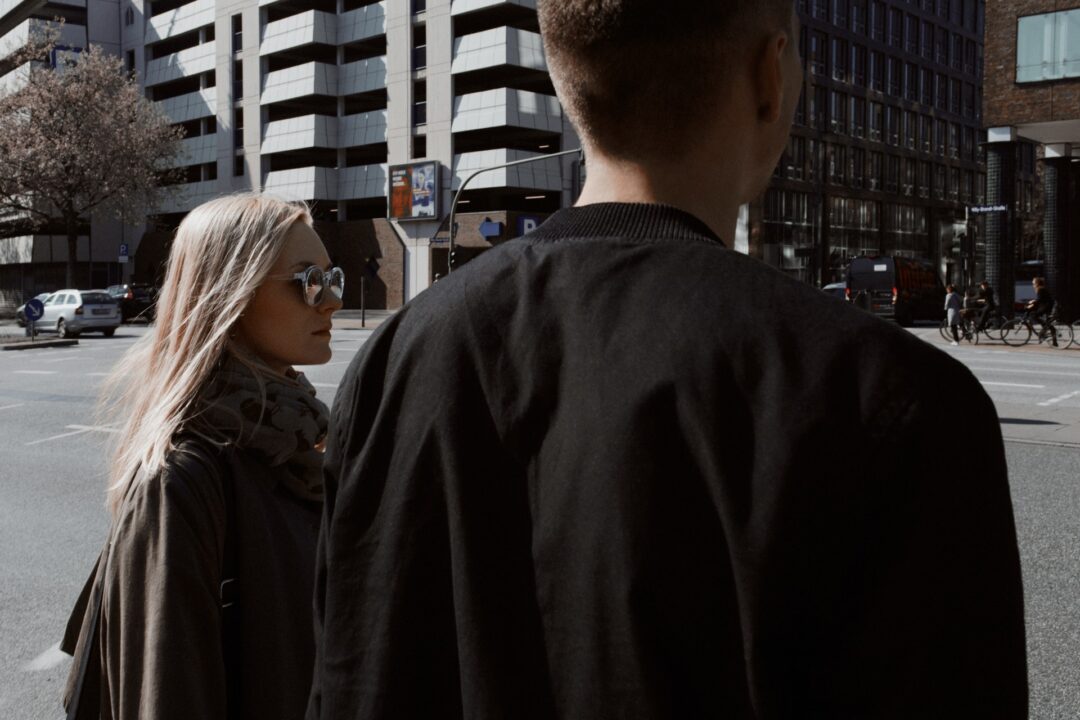 Have you ever been in a relationship and it feels like you are dating yourself? You must have perceived signs that he wants to break up. Well, not every lady could feel such a sign. That means this article is for you! Telling someone it’s over is a very difficult thing to do, especially to someone you being together for a while. It takes a lot of courage to spill the bean. He must have been showing you signs he wants to break up but doesn’t know how to, then it’s left for you to watch those red flags.

Critically speaking, it’s not everyone that can express their emotions, even at the easiest point. Many guys prefer the relationship to die naturally without voicing it out. Even when he starts showing you some deep characters, you’ll begin to ask yourself questions like; does he want to break up with me or does he want me to break up with him?

I’ve come across so many guys, what they actually plan to do is to frustrate you in the relationship and push you to the wall for you to end it.

It’s very important to watch these signs so that you won’t get much emotional trauma along the line.

11 WARNING SIGNS HE WANTS TO BREAK UP

These are signs that need to pass through FIRE before concluding. You don’t need to conclude at any point in time, just keep on analyzing till you’re convinced that he wants a breakup.

1. He no longer have your time- Every Moment with him becomes cold

How much quality time do you spend together? Is it depreciating? How busy do you think he is? These are questions that you need to ask yourself. If your boyfriend gets a new job and the time he spends with you drops, it may be that he’s trying to adapt to the new working condition.

Some guys display this sign which may turn out to be a red flag that he might be tired of you. one way to tell that he wants to break up with you is that whenever you’re with him, he becomes cold to you. You no longer use to feel the vibes that he has for you. the plain truth here is, that if a person truly loves you, he or she will squeeze out time, no matter how small to be with you.

Also, check if you’re the one initiating the time that you guys spend together. Try to pull away a little to see if he’ll feel concerned about spending more time together.

2. If he always picks arguments with you and criticizes you over little things.

A master planner of break-up will always want to criticize you for anything you do. Rather than handling the matter with love. Also, he may want to pick up serious arguments with you.
there are two reasons why many could act this way:
i. He’s an abuser or he dislikes you
ii. He’s trying to dump you,

Also, he tries all possible means to find every atom of fault in you, so he’d use it against you either to break up with you or make you tired of the relationship. When you notice all these, then you can boldly drop him like a Hot potato.

3. It’s always a “MISSION IMPOSSIBLE” When you’re trying to get him to be affectionate

4. A Drastic Drop in Communication

This is the most commonly used tactic to painlessly end the relationship. Research has shown that guys keep in touch with ladies more in a relationship than ladies do. But if he starts bridging the communication, without giving reasonable reasons, then it is a sure sign that he’s planning to run out of the relationship.

It’s so annoying when you bring trivial topics that turn into a fun argument. You’ll end up feeling ignored and isolated because you guys can’t communicate well.
Communication is one of the most important tools for a lasting relationship, so when it’s not effective and efficient, it becomes dead.
A drop in communication usually graduates from the level of calling you 3 times a day, to once daily and going far as not calling or chatting with you for days.
At times, he would not reply to your chats or return your call and he’ll still give you millions of excuses to comfort you.

5. Makes fun of you in PUBLIC 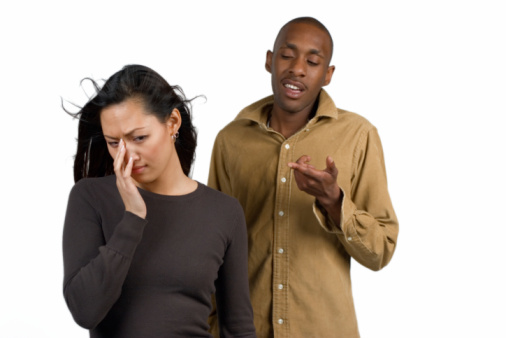 A guy is pointing and laughing at an upset woman.

A man that respects his woman, will treat her like a queen. But when you notice him making jest of you or saying nasty things to you in public both in the presence of his friends and girls, It means he doesn’t value you anymore and is probably interested in breaking up with you.

6. Your Presence Irritates him

One other crucial sign that he wants to end the relationship is that your presence irritates him. Even when you come close to him, he’ll pull away. He doesn’t want to be open to you.

7.No Most Sex FUN

Sex is one most important ingredients that spice up a relationship, even in marriage. There are a lot of benefits associated with sex, One benefit of sex is that it improves bonding. A guy that wants to break up with you will try every means to bring a demarcation into your sex life. If he no longer disturbs you for it like he used to, then, he’s heading somewhere else.

8. He Avoids Talking About the Future

A guy who’s not planning to break up will always try to secure a better future with you (ie. talking to you about it). Here, you don’t have to conclude it too. He might be scared of his future too.

For example, If you’ve noticed he always talks about getting married to you or making a long-term plan with you and suddenly he stops!!. Anytime you talk to him about it, he gets angry quickly, it’s a clear sign that something is wrong somewhere and he may head towards breaking you with you.
If you can’t discuss something futuristic with him then, he’s not a person that you can count on for a stable relationship.

ALSO, READ 12 Things that turn women off in a Relationship

9. He’s not ready to work and fix things

10. He doesn’t show you love again (He becomes More stingy)

Your man used to be the guy that spoils you with gifts and always tells you how much he loves you but suddenly you noticed, a lot of changes In him. It could also be a clear sign that he wants to break up. Most men see women as an investment, but when their minds are off, certainly they’ll start acting stingy. Even when you beg him for money, he’ll tell you that he’s broke.
There are times you’ll try to be romantic and he’ll just off that fire.

11. Getting him to go out with you is like pulling teeth.

When your man refuses to go out with you anytime you ask him to, it could be a sign that he no longer wants the relationship. A man who’s madly in love with you will always want to flock around you. Even if you try to book time with him over the weekend, he’ll still reject you or give you flimsy excuses.

12. He gets Angry easily and Complains about every little thing

The man you knew used to be a gentleman, never complains about little things, then suddenly, he started complaining bitterly, always getting angry or even yelling at you. This could tell that the love he has for you has waxed cold.

13. You’ve noticed that he’s stopped inviting you as his “+1” at events

When the relationship was still sweet he used to invite you to parties, dinner with friends, and wedding parties. but now he no longer used to. It could be his plan to fade you off from his social life before breaking up with you properly.

14. His friends have started to act very icily towards you.

If his friends used to be very nice and friendly towards you, but they start giving you distance or snubbing you. It could mean that he had already told his friends that he was no longer interested in you. Hence, they’ll start backing off to accomplish his plan.

A Word from Relationship Seeds

If you have this conviction that he wants to break up with you, you don’t have to be sticking with him all the time. what you need to do here is to prepare for the upcoming breakup. So that, you won’t feel so shocked and depressed. Thank you!!!

ALSO, READ  WAYS TO BE A BETTER PARTNER IN A RELATIONSHIP