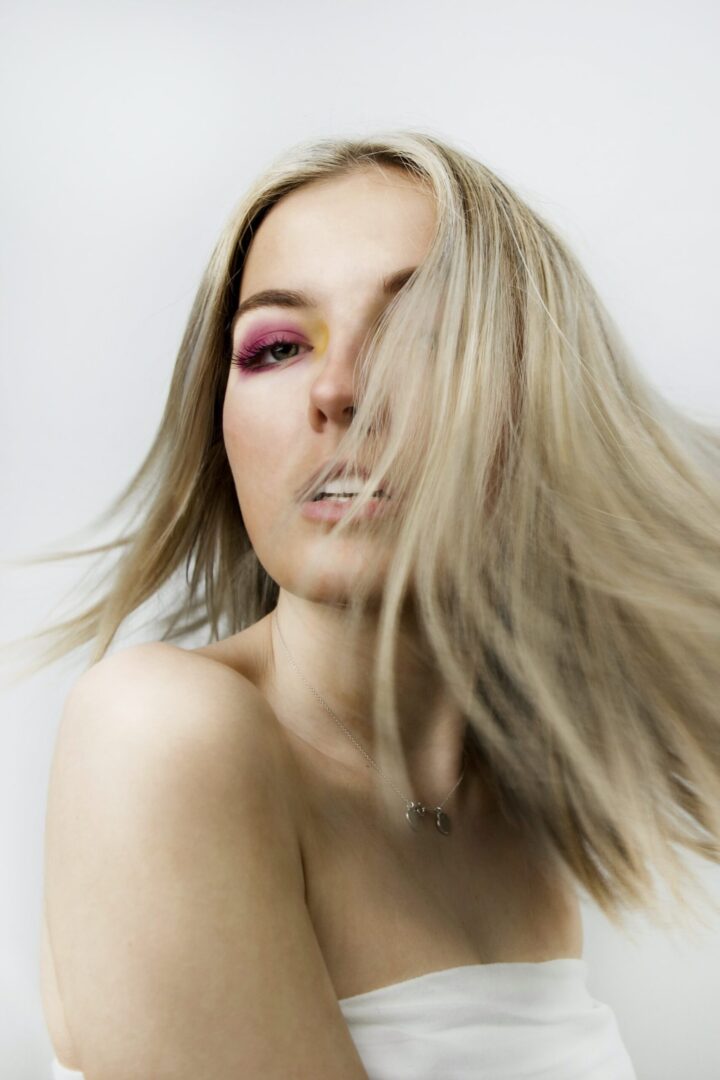 In this article we are going to talk or rather read about how to ask a girl out, I’m sure many guys would be like ‘what’s there in asking a girl out?’ well I will tell you there’s everything there.

Asking a girl out is not as easy as it looks or rather sounds, you think I’m lying? ask those guys who you think are professionals in going after a lady…well it ain’t easy.

Let me start by telling you one tiny secret you might not know as a guy trying to ask a girl out or asking a girl out.

But we wait and listen for you beat about the bush, just to figure out one little thing like is he even worth it? Yes, that’s a little secret.

So when that girl is standing right before you listening to you talk, she might be pressing her phone acting all disinterested, but trust me she’s actually listening to you. That young woman is trying to decide in her head whether she should let you go or let you stay.

That’s why most girls give some guys a very hard time, especially those guys they feel have potential.

How To Ask A Girl Out

1)  Make sure your sense of humor is on point:

Yes, that is important If you hate embarrassment and insults. Cause most girls are highly sensitive and always angry. She might be on her period, have had a bad day, a really bad one and she’s hurrying home. When suddenly, this guy pops out of nowhere and starts talking gibberish.

Come on, you have to give her a break. She turns to you and says she’s not interested in your talk or ignores you. Well, that’s when your sense of humor has to be elevated or you end your speech.

When I talk about a sense of humor, I don’t mean you should body shame her indirectly, unless you love getting slapped or insulted.

2) Make sure your fashion sense is on point:

You might say, this means nothing but it means everything to some girls, especially that one girl you are going after.

Most girls are what we call “fashionistas,” these groups of girls definitely wouldn’t want to be seen with a guy who wears a rumpled shirt, with a cardigan and baggy pants calling it fashion, or a guy who wears big shirts and skinny jeans.

Like a man, she wouldn’t want to be caught dead just standing close to you.

You don’t have to be overdressed either, it’s ok to just wear a cool shirt, that’s not too big and nice jeans, joggers or shorts. You don’t have to come out all flashy, turns some girls off instantly.

You can’t walk up to me stinking of sweat and expect me to give you a chance, honey are you for real?

Bad body hygiene is a major turn-off even if you’re cute. I don’t think there is any girl who would want to give any guy that chance unless she likes and adores you. Which in some situations is a four-over ten like uses good body sprays or perfumes… Girls love it when they come close to a guy and he smells really good…like good enough to eat.

Then we come to the mouth odor, yes that, that’s bad…I do not know if they don’t know about it or just feel it’s ok. That as long as they are cute and got loads of cash, the girl would ignore these parts of them.

Well sorry to burst your bubbles honey, not all girls. I know a lot of them who wouldn’t even want you to get close to them, even a hug you can’t/wodon’t get.

If you are one of these guys, I just want to plead with you to do something about it. Peace!!

ALSO, READ HOW TO START A CONVERSATION WITH A GIRL (FACE-TO-FACE)

Yes! This is so important, very very important.

You want to ask a girl out, she’s standing right in front of you trying her best to act interested or uninterested.

Then you ask some questions or a question, and she’s talking, don’t try to interrupt her. Even if you feel she’s lying or talking out of point, well keep quiet and if you’re a smart guy, you can pick out points from things she’s said and throw back questions at her.

Reasonable questions that would make her think, “wow,” ask her about her hobby.

What she loves doing with her free period.

Even if she tells you she doesn’t have a hobby, know what to tell her, and don’t go about asking questions.

Don’t just cut her short and start giving unsolicited advice because you are a guy and you feel you are so smart.

You would lose her.

When you are acting all smart, cutting her off, and giving advice, most girls would just be staring up at you smiling and nodding as they get you.

But deep down, you’ve been crossed out with red ink.

5) Do not ask stupid questions:

Here’s one, “have you eaten?” Trust me it’s stupid unless you are planning to take her out to eat don’t ask that question.

Here’s how it goes down, she might tell you “I haven’t” and then you’d be like “why?”

And she’d say, “cause I haven’t seen what to eat yet or I do not have an appetite yet”

What would you do? Nothing, maybe you’d end up telling her, “ok then, find something to eat” then the conversation ends.

I get it though it’s normal these days, the girl or the guy calls each other, and then one of them is like, have you eaten?

Have you eaten? Doesn’t always show that you are caring, there are a lot of girls who hate that question.

That kind of question can come only if you have somewhere in mind to take them to, something else to cover up the question… likes to keep the conversation going, or when you two are already very close and you are going to end the conversation.

Cause when both of you have known each other so well, and are so close, that question might lead to other good conversations.

Here is another many of my girlfriends find confusing, how’s life treating you?

You call this girl you are asking out. After the greetings, the first question you ask her is, how’s life treating you?

Why would you even ask someone that question? how exactly is my life supposed to be treating me?

Anyway, these questions are bizarre, please guys do something about it. Come up with different strategies.

Most guys find it hard to start up a conversation when chatting both online and offline.

It’s boring when you as a guy can’t start up a conversation or even continue the conversation. At least there should be stories you can tell, it doesn’t always have to be about sex and nude pictures.

And it doesn’t always have to be too serious either, don’t start preaching to her or advising her on her life, like everybody has their own life.

To all those guys who hit a girl up and talk about school and studies all the time, yes she knows you’re smart, you’re full of wisdom, but please you want a girlfriend, not a student. You want to build a relationship, not a school.

Just figure out how to start you can even ask your fellow guys, it doesn’t always have to come from the girl’s end.

You both are discussing pick-out points, little things, like what she’s interested in, her favorite artist or colors or food, anything.

So that the next time you both meet up, she or you bring up your previous conversations.

It might not mean a thing to you, but to her it’s special. Of course, she wouldn’t act like she knows or heard what you’ve said.

She would act uninterested, like yeah it’s a norm you have to remember everything I say. Deep down man, she’s doing her happy dance.

If you were a ten she’d give you a twenty immediately. You’ve won or almost won your girl.

She might be your colleague at work, or your classmate or schoolmate. You can have someone deliver it to this special girl or even deliver it yourself secretly of course 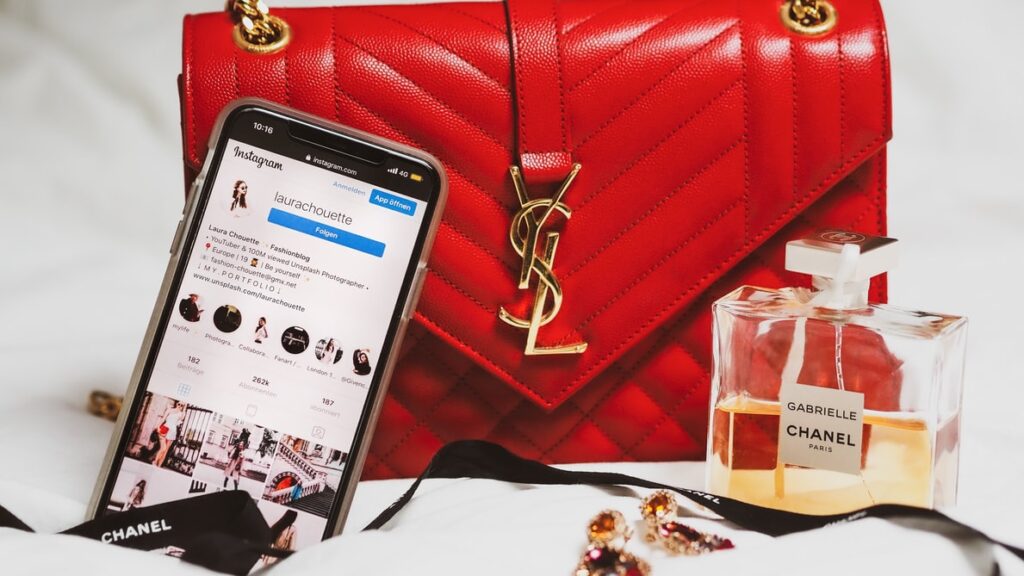 Sometimes You can deliver this note and watch from a distance to see how she smiles, just don’t make your lines too cheesy and long cause it might end up boring to her.

You could pick a nice, sweet word or words from a movie or a nice romantic book you’ve read. It could even be a poem.

A poem would be the best option cause she wouldn’t be expecting something like that. So dazzle her with the fact that “well I can be creative too.”

Then it could be a text message, it’s kinda overrated. That’s what some people would say, but there are lots of girls who find it beautiful.

Your texts don’t have to be too long, even if it’s long, make sure it’s something she would want to read over and over again.

There isn’t much detail here anyway, as long as you’ve gotten her number the next thing you should do is call her.

The only reason why I put this detail down here is that some guys after they get this girl’s number hesitate. They wait two days, a week before they can call.

Like why would you do that? The fact that she gave you her number without hesitation shows that she finds you worthy.

don’t think there is any girl who would just give a random guy who isn’t worth her digits just like that, even if she eventually gives you, it might end up being a wrong number.

Anyway, the main point here is to call her immediately you get to wherever it is you get to, because if you don’t and you decide to call her a week later, well pal!!! she might have lost interest by then. because you left her thinking that maybe you played her.

This isn’t old-fashioned…I don’t care what you say but it isn’t.

Girls love gifts, you are asking her out…you don’t have to send her car clothes or those flashy trinkets.

You don’t have to show off, yes she knows you got a high taste, you got the money to spend but don’t show off. Unless you want her to sit back and decide “hmm, ok then let’s play.”

Send her little things like flowers, chocolate, cookies…they mean a lot. Even little cute bracelets, she’s going to love them and adore you more.

You might even be the one guy in all the others whose asking for her attention to get it in full dose.

When you decide to send your friend to go get her, she will automatically see you as a very un-serious person.

She might even end up with your friend along the way and you’d be left wondering why your friend betrayed you.

Here’s a tiny secret, girls appreciate guys who do things by themselves, their way.

Well, you should tell her like two hours before the time, even if you want to go by 7 pm call her at 4 pm and tell her to be ready by 6 pm.

So give her the space to tell you,

“Ok I am interested” or “hey sorry I’ve got plans, maybe next time.” Sometimes though, she might just want to keep you waiting.

She’s not so complicated just knknowshe little and important things to do to grab that girl’s attention.