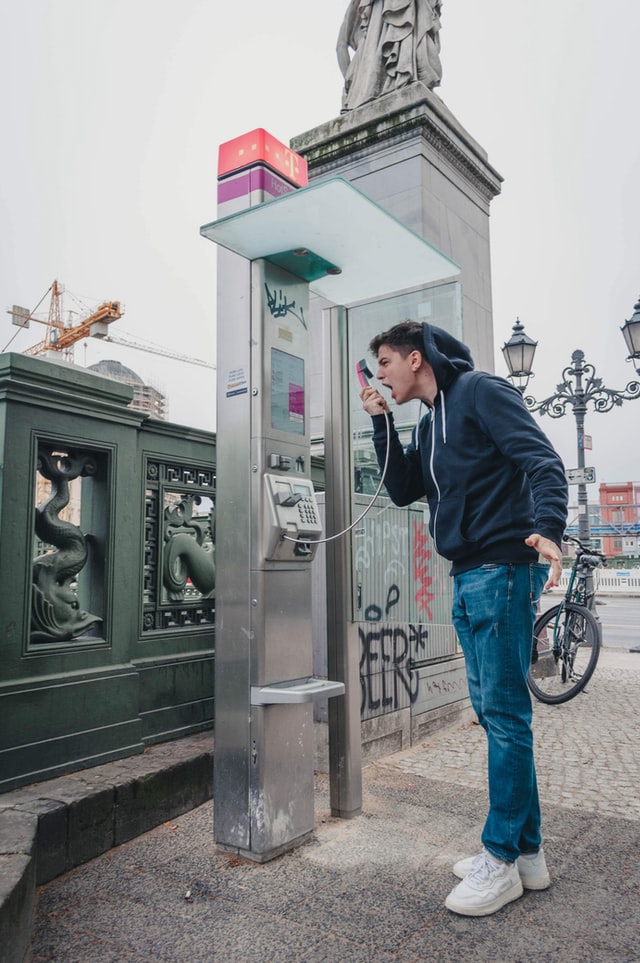 Who is a controlling boyfriend?

A controlling boyfriend is practically a controlling person, i.e a person who wants to have control in all that you do, not minding your privacy.

is practically a depressed and unhappy person, with very low self-esteem, and with serious problems in their relationships. He is always distrusting others and his partner. You never have peace, because you are not aware of your actions, but you are aware of the actions of others.

They think that they can have people in the time they need it, without caring about the commitments and needs of others. Controlling boyfriends become unbearable tyrants, and while the people who have their barker accept it that way, they are “calm.” But if the person complains about something, they immediately dismiss it and go what? you’ve offended him.

This usually happens in the workplace and all areas of your life; for example, if you are dating a controlling boyfriend, he never asks where you’d like to go for dinner. Rather, he takes you to the place where he chooses. And this continues in all other aspects of your life. Eliminating the right to comment or express that which you like or don’t like.

A controlling boyfriend is pending to check the phone of his partner from time to time, under the pretext of any “reason to distrust”; just to see the messages from his partner. Because they need to be in control and they think all the time that you are going to be unfaithful. The controller does not believe in anyone, not even his own shadow.

what makes you think you’re being controlled?

1. Does your boyfriend tells you to behave with your family or friends? Forever?

2 He does not know how to behave in public!
Sometimes, you’re afraid not to mention certain things, and makes you feel bad because you can’t express yourself freely right?

3. Has he ever told you how to dress? you almost ask each time what to wear?

4. You started taking drugs for appetite or started healthier food so that you do not have temptations at home. And, this is because he makes you feel worst about yourself?

5. You don’t say anything to him because you don’t want to make him feel bad. you’re as careful as possible with your words.

Warning signs of a controlling boyfriend

1. The control freak, furious and despot 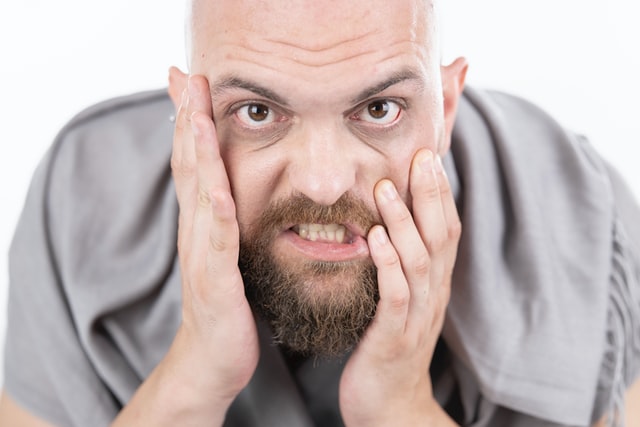 This type of man is dedicated to controlling you by telling you what you have to do and how you should do it. He will do so by intimidating you with his anger and his fury. If you don’t do what he wants, he will get angry and be more aggressive.

This type of man is the most toxic. He is aggressive on a verbal level; all his controlling words and phrases are hostile and he seeks verbal confrontation. His philosophy is “either with me or against me”, challenging him will provoke screams and voices. In his voice, there is an alarmist point as if there was always an imminent danger. He will judge you very often: “No, that’s not right.” You have to do it like this. Are you not listening to me?

ALSO, READ 5 reasons why dating a Married man will lead to Heartbreak

2. The meddlesome rude and traitor

This character puts your things all the time as if they were his business and they try to manipulate the situation and you to take advantage or get you to do things his way. This control-freak will quickly give you his opinion (which you have not asked him) on how to lead your life (and that of others). He is not usually diplomatic and firmly clings to his opinions, so he is very critical and often speaks in direct and emphatic terms. He can twist your words and turn what you’ve done to turn it against you. He is also a master of sarcastic witticisms and deceptive flattery, meaning that it is not known if they are or not. This man tends to point fingers a lot, especially when he’s telling you what you should and shouldn’t do.

3. The self-destructive victim who sees everything black. The controlling-abusive boyfriend.

This type of man sees the world and life as a glass, half empty and not half full. Since he is always seeing the negative side and expecting the worst, negativity comes out of every pore. If by any chance things go well for him, he will do everything possible to sabotage his circumstances. This man carries a tremendous amount of emotional pain, which is why he sounds so negative and gives the impression that nothing is worth it.

ALSO, READ Obvious signs your partner is cheating with a coworker

4.The scarecrow weak and without initiative

He is unable to decide anything and is usually carried away by people’s opinions. He lives in fear and will never create any conflict or vindicate himself or anyone else.

This personality is not capable of facing people so he stays out of any challenging or uncomfortable talk. It is his intention not to create conflicts that make him irritating and offensive.

5. The egocentric narcissist whose motto is: I, my, me, with me and for me. The controller with no emotion.

A controlling boyfriend’s only concern is himself. He is the center of the universe and he expects you to consider him just that. The only thing that matters to him about you is what affects him or has something to do with him. If you are not willing to do anything for him, you will be of no use to him.

It is what he spits out: “You would be nothing if it weren’t for me” or “Without me now you will be on the street”, they are usually followed by phrases that show how unhappy you are and that you are worthless.

He is cold and shows almost no emotion. He stops seeing very little of himself and he is a man of few words, so you never know what he thinks or what he feels.

The emotional freezer is stingy with words. As he will not let you know how he feels, you will always have to be guessing and you will be permanently left with the feeling of unease and insecurity. If he thinks that with time you can change him, you are wrong. 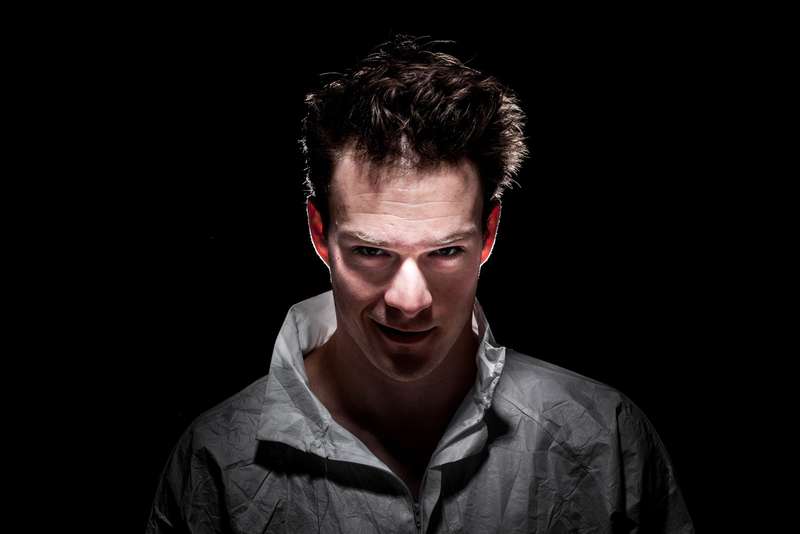 He is the most toxic and dangerous type and they can cause you great harm. They usually make a memorable first impression, because he tells you everything you want to hear. He will want to know what you like, he makes you happy, he makes you sad so he can control your emotions, which he doesn’t have. He will not hesitate to lie to you to get what he wants and you will hear from him many sadistic comments, but the clearest sign that you are facing a sociopath is that he will contradict himself in the same sentence.

8.A controlling boyfriend lacks confidence in himself.

In their mind, you are challenging their authority when you do not agree with them or do not carry out their wishes.
In conjunction with mood swings, people with temper flare-ups can be troublesome because you never know what posture to take with these people. Unfortunately, your inability to handle your anger or resentment can result to assault.

Think about how this person reacts to common questions. Questions can reveal quite a few things when it comes to a controlling person when they respond in a frustrated or condescending way:

As stated above, a controlling boyfriend thinks that you can read their mind. If you ask them simple questions about what to do together, where to go, what it is they want, etc., they can easily get frustrated because they expect you to have all their needs in mind and above yours.

The questions imply that a decision has to be made, and a controlling boyfriend, believes that the decision is already made, being everything to them and their convenience.
Controlling boyfriend, often assume they understand how you think, even when they don’t. They can get frustrated because the image they have built of you does not correspond to what you say.

Questions can irritate a controlling boyfriend because they prefer to be in control when asking questions, and not others.

Questions can state for a controlling boyfriend d that the questioner needs help and control because they do not know the answer.

This can be aggravated over time because the controller seeks to be in control.

9. A controlling boyfriend is an Emotional blackmailer.

Sex is also harmful. Sexuality between lovers should be a way to bond, to feel complete, and to connect, but sometimes it ends up being one of the reasons for breaking up. Not so much because difficulties arise, which can be overcome, but because it becomes a way of using the other or making them feel bad. In this sense, there are cases in which, according to Granados, it is observed that “a member of the couple limits, manipulates, restricts freedom in making decisions about how to have sex or not, or even in the use or not contraceptives ”. In this case, the job is for the other party to wake up and run away looking for a much healthier relationship.

If you have found any of the traits that we have mentioned above; Beware!! you’re been controlled. But don’t worry, with our advice you can get out of this ugly situation in a simple way.

Do not beg to be in a person’s life, you are not that hopeless.

Though it may crush you and feel like the world is spinning you into dizzy darkness, there’d always be someone else to bring you back your light, someone who wants to bring you light, and at no cost. You’ve got your light anyway, rediscover it.

Sometimes, we get so emotional about trying to correct that we ignore the process of correction and just focus on the result. We, forget also, that the result will forever be a product of the process that birthed it so a person who was corrected by being crushed and humiliated will become the teacher or leader who crushes others thinking they are being taught or made better.

It is commendable to see the room get better and try to affect it on someone, it is heroic to do this in the face of the rejection of the lesson or upgrade (some of us are just too stubborn to be corrected, yeah I know) but it is going to be almost impossible to justify doing this by crushing the person. This is not tough love, it is what many tyrants are made of, something we do not want to be. Similar to raising a voice or being abusive, belittling a person does not tell a tale of their character, it tells a tale of our character and the huge hole in our ability to teach. In the end, the person is left depressed rather than energized from the message, an anti-climax of sorts.
This is a message, first to me, then to you.