Undeniable Signs A Married Man Is Using You | Relationship seeds 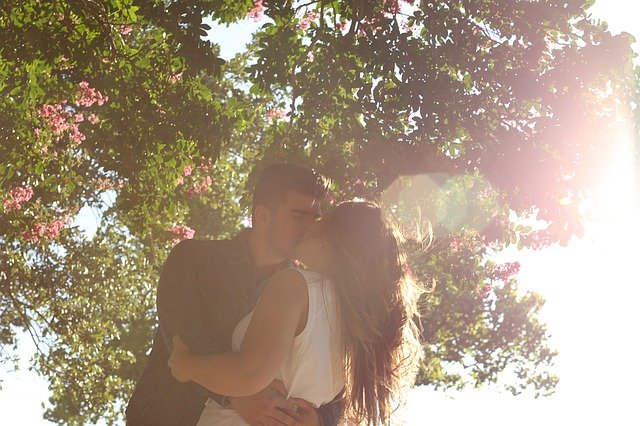 Are you in a relationship with a married man and you are wondering if you are being used? Do you feel there’s nothing for you in that relationship or do you constantly feel out of place in his Life? This could mean he is just using you as a backup choice.

A relationship is meant for two people who are in love and are ready to commit to each other. But in a case where one partner puts in all the commitment, then it’s a red flag you need to be careful of. If someone loves you they will give in their best to make you happy.

Dating a married man who is yet to be divorced is a very risky thing to venture into. if he is yet to get an official annulment, chances are he might end up returning to his wife leaving you heartbroken.

So are you feeling cheated? Or your boyfriend gives you less attention. Below are obvious signs he is using you:

SIGNS A MARRIED MAN IS USING YOU

1. He is not committed nor does he discuss it

Commitment is a vital part of a relationship, if he is not talking about commitment and he doesn’t discuss the future with you, then he is not ready for something serious. He is only Sticking around for a while. He won’t take you seriously, he is only cruising with you.

2. He only calls when he needs something

Does he call you whenever he needs you to do something for him? Perhaps when he has the urge for sex, he calls you; this clearly shows you are being used as a sex slave. A relationship shouldn’t be based on selfish reasons, both parties should be satisfied with what they get. In a situation where he is only asking you to come around for “sex” then you need to think twice.

3. He doesn’t put in any effort

A relationship can only be healthy and interesting if you put in your best to make it work. Every good romantic relationship has a price to pay. If you don’t put in any effort, then expect nothing. If your boyfriend is so reluctant to put in his best in that relationship, then it’s not worth it and soon he will push away.

4. You don’t know his family and friends

Every man in love who adores his woman would want to show her to his friends and family members; because he wants to get their approval and also know what they think about her. On the other hand, he won’t introduce you to his friends because he doesn’t value you neither does he take the relationship seriously.

Love is selfless and involves sacrifices. A man who loves you will go his way to satisfy and please you. But when he wants you to always do want he wants and he does things that please him alone then you are his tool for his selfish interest.

6. He rarely communicates with you.

Communication is a key factor for any healthy relationship. It helps you know your partner and aids understanding. If you don’t communicate often, your relationship can’t grow, it will be so boring.

Men always love to chat with the woman they love, they find joy in communicating with her. Her voice makes them happy, so they crave to communicate always. However, if he’s not communicating with you then he is not into you and doesn’t think of you.

ALSO, READ How To Stop Dating A Married Man

7. He doesn’t care about your emotions

8. You don’t know each other

A very good sign to know if you are being used is not knowing much about your partner. Does he keep some information about himself from you? Are there some secret things about him you don’t know of? Beware of this, if a man truly loves you and wants to be committed, he would want you to know everything about him because he is taking you seriously, he doesn’t see you like just any girl.

9. He cuts up every communication with you.

When he stops calling, texting, and blocks all social media contacts with you, without any explanation or reason, he is using you to get want he wants and he will ghost you when he’s done.

If a man genuinely loves you he would go out of his way to make you happy, even if it will cost him a fortune. All that matters is you being happy and comfortable.

11. You suspect you are his side chick

When a man acts quirky, it’s a sign he is not taking you seriously. It could also mean he is seeing someone else. There are signs to look out for if a man is cheating:

1. He doesn’t take you out for public functions.

2. He steps out to answer calls

3. You don’t take pictures together

4. He has different phones

5. He is never straight with you

6. You have never been to his place

7. He always stammers when you ask him personal questions

ALSO, READ How To Break Up With A Married Man With Ease

12. He is always asking for something

Another sign he is using you is if he keeps asking for something each time he is around. Does he ask for sex always? Is he always complaining of being broke? Does he rely on you for help always? Take this as a red flag.

13. He doesn’t check on you when you guys are apart

If your boyfriend doesn’t care about where you are or how you are feeling when you guys are apart, it means he is using you, so he cares less about your whereabouts. A guy who truly loves you will always want to know where you are and what you are doing.

14. There is no real courtship

If your boyfriend loves you or is using you it all depends on how he treats and cares for you. If he is using you he wouldn’t want to take you out for a proper date, he won’t bother spending money on you because he sees it as a waste of funds. If you notice these signs he obviously using you and is best you kick him out, you deserve something better.

One of the interesting parts of a relationship is when your partner can put himself in your shoes and understands how you feel. If your boyfriend is far from this then you have to let him go.

16. He doesn’t engage you in any discussion

A guy who loves you would want to know more about you, he would always initiate a conversation just to make you talk. However, if he is not engaging in any conversation with you, he is using you to get what he wants.

These signs are a few out of the many signs to beware of if a guy is using you. If you observe these signs, there’s no need to continue with the relationship as it’s toxic and wouldn’t lead you anywhere. You are better of without him, and you deserve someone better who will genuinely love you and be committed to you. You can only find that true love if you back out of the relationship.

ALSO, READ 18+ Proven Signs A Married Man is Unhappy in His Marriage