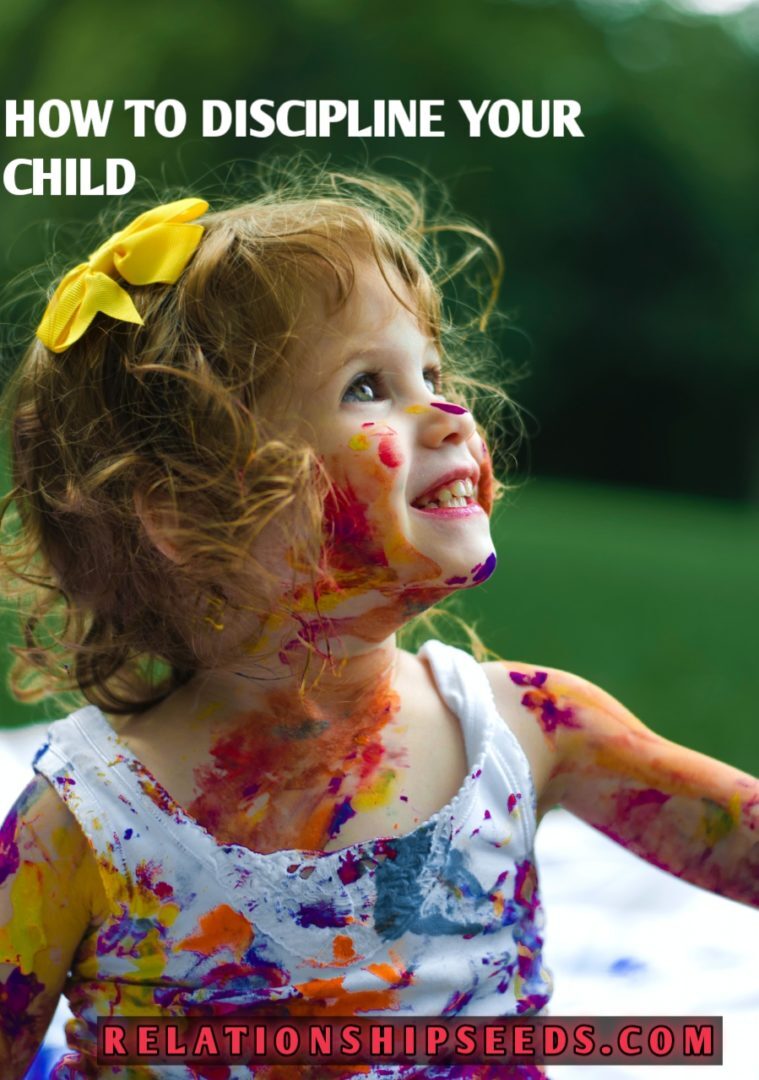 HOW TO DISCIPLINE MY CHILD

(Want CHILD DISCIPLINE to work? Be an intentional parent)

Raising a child from time immemorial is a herculean task. It is a delight to sit down one day as a parent in your middle age and watch how far your children have come. Oh! The joy to see that though it was not easy, you managed to raise children who are not a nuisance to society.

You managed to raise children who you can trust to take care of themselves even when there is no parental influence or guidance. Notice the way I keep using the word ‘manage’. I know it sounds degrading but let’s face it, raising a child requires effective management and this management is discipline.

Millennials today are going their own way. They are rebelling against traditionally set standards. They have a voice of their own. They have an idea of how things should be. In fact, they believe they know better than their parents and surely we cannot blame them because they are products of the society that weaves them. Society is changing and changing really fast. Information that you hitherto need to visit the library to access is now available at their fingertips. If you are trying to protect your children from accessing negative information, I am sorry to disappoint you but you might do a very bad job because Millennials know how to get around technology.  Your job is to ensure that they know and discern right and evil and be able to do the right thing even when you are not there to monitor them.

The question now is how do I discipline my child? According to one of the definitions I saw in the Online Mariam Webster Dictionary, discipline is a training that corrects, molds, or perfects the mental faculties or moral character. I chose this definition because it points out discipline is all about progression.

There is a movement from correction to molding and from molding to perfection.  Part of a changing society is the frown against the use of corporal punishments in disciplining children.

Corporal punishment encompasses all types of physical punishment, including spanking, slapping, pinching, pulling, twisting, and hitting with an object. Hitherto that was how we were disciplined.

Our parents ensured that for every disobedience there is an immediate recompense of corporal punishment.

While that appeared to be effective for a while, we see today that the same people who had corporal punishment used on them are the rapist, wife-beaters, fraudsters, gangsters amongst others of today’s society.

Thus how does an intentional parent discipline a child?

An Intentional parent makes rules and also sets penalties for breaking the rules: children most times do not know when not to cross the line unless you tell and show them.

Thus as a parent or guardian, you must not allow permissive behaviors to go without penalty.  You do not want lawlessness in your house. Even the Bible acknowledges that ‘where there is no law there is no sin’.

One of the greatest evil you can do to your child is to allow every “disobedience done” to go unpunished. Some parents will excuse the child with the statement, ‘he is still a child. He doesn’t know it is wrong. Who told you that? If you keep excusing him on the pretext that he is a child, you are not correcting that child hence no molding will occur.  A mother once told the story of how her compulsive younger daughter will hit the elder ones each time they were playing. The mother at first kept dismissing that act on the pretext that she is a child and will stop the act in time. But as time went on, nothing happened until she had to place a penalty on the act. Even after her mother placed the penalty, the child didn’t stop until the penalty was duly applied. Thus it is not just enough for you as a parent to set standards, make rules, it is also highly important that you enforce the rule. Do not be a permissive parent that allows everything goes.

An intentional parent discipline, when he/she is not angry: Now your punishment must not be carried out when you are angry at the child or you end up harming the child either physically or emotionally. Some parents have done great damage to their children’s esteem in an effort to discipline the child. When your child errs, let him/her know he has erred but does not mete out the punishment immediately. Only punish your child when you are no longer angry.

An intentional parent counsels before and after punishment: It is pertinent that before and after every punishment, you counsel your child. This is when you restate the rules and the punishments attached to breaking the rules. This is the point you play good cop bad cop. This is the point you let the child know that you are not punishing him/her out of spite or hatred rather it is borne out of love. This is when you remind the child that the punishment is not unto harm but for perfection and moral building.

In summary, you can move from a good to a great parent by being intentional in the discipline.