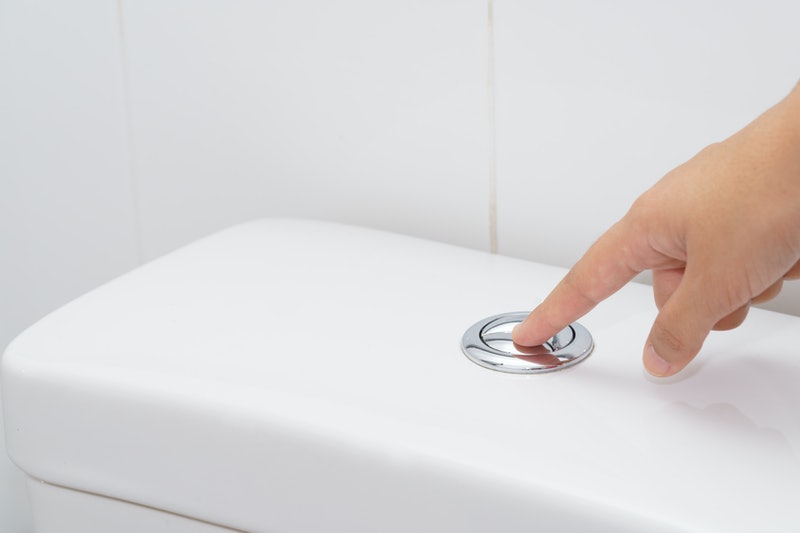 After having great sex, you probably roll outta the bed, take your used condoms and flush it!! The two major reasons why people still use condoms today are to avoid unwanted pregnancy and STDs but still on it, that shouldn’t be an excuse to flush the used condoms. Couples feel that flushing a condom is one of the safest ways to avoid letting your kids see it but unknowingly to them, it’s environmentally harmful.

WHY DO GUYS FLUSH CONDOMS DOWN THE TOILET? :

ALSO, READ 5 WAYS TO AVOID SEX IN MY RELATIONSHIP

IS IT TRUE THAT FLUSHING A CONDOM WILL CAUSE IT TO COME UP LATER?

No, condoms are small in size, so when flushed, they’ll go. It’ll only come back if the plumber didn’t do his work correctly. Condoms are not likely to get stuck in a pipe’s bend.

A YouTuber named Viva Frei took a TMI video during a sewage dump in the city of Montreal. All they planned to see in the sewage was organic material so that they’ll flush them down into St. Lawrence River. It was necessary for the sewage to be dumped so that some work in the city could be completed.

But, unfortunately, at the last lap of the video, they saw lots of condoms.. In his commentary video, he exclaims, “It’s not just that there’s one condom. There are multiple condoms,” and then, “Condom! Condom! Condom!” There are SO MANY CONDOMS, in just one corner of the river bed. So you’ve heard it! If you’re practically flushing condoms down the toilet, it’s really disgusting especially when they flow out on public waterways.

. Watch the entire disgusting thing below:

you may feel so comfortable flushing your condoms but condoms can cause a huge environmental repercussion.

If you’ve been asking questions like can you flush condoms? The answer is No, Below are some of the reasons why flushing a condom is bad;

Why You Should Never Flush Condoms Down The Toilet

1.IT CANNOT BE BROKEN DOWN BY ENVIRONMENTAL RECYCLING:

Condoms are inorganic material, unlike other organic material which can be broken down, examples such as leaves, lawn clippings, cornstalks, and straw. This was said by Tom Hird, a marine biologist nicknamed the ‘Blowfish’. Condoms are made from latex, produced from a rubber tree.

Most sewages in the developed cities go down to the sea, but in an underdeveloped area, what they do is that they bury the contents in the ground or leave it in a bush..

Hird, who is also a Marine Conservation Society ambassador, is well-versed in the subject of plastic (and how it affects the environment).

He said: ‘The chemicals added to the latex mix, which provide shelf life and stability, stop the condom from breaking down swiftly in the ocean. In fact, scientists are currently unsure how long your sexy sheath takes to break down in the ocean, but estimates put it at around 30 years.

‘In that time, the rubber johnny is free to go on a worldwide jolly of seas and beaches, and if it doesn’t get washed up on shore, then it is extremely likely to be eaten by an aquatic animal mistaking it for food.’

The fact that it takes 30years for condoms to break down in the oceans doesn’t mean you should wash and use your condoms again.

2.CONDOMS CAN CAUSE DRAIN BLOCKAGES:

Unlike feces that degrade in water, condoms don’t! That’s why a slight mistake can cause a huge blockage that’ll require the plumber to come and fix it.

ALSO, READ HOW TO MAKE A GUY FORGET HIS EX AND FALL FOR YOU