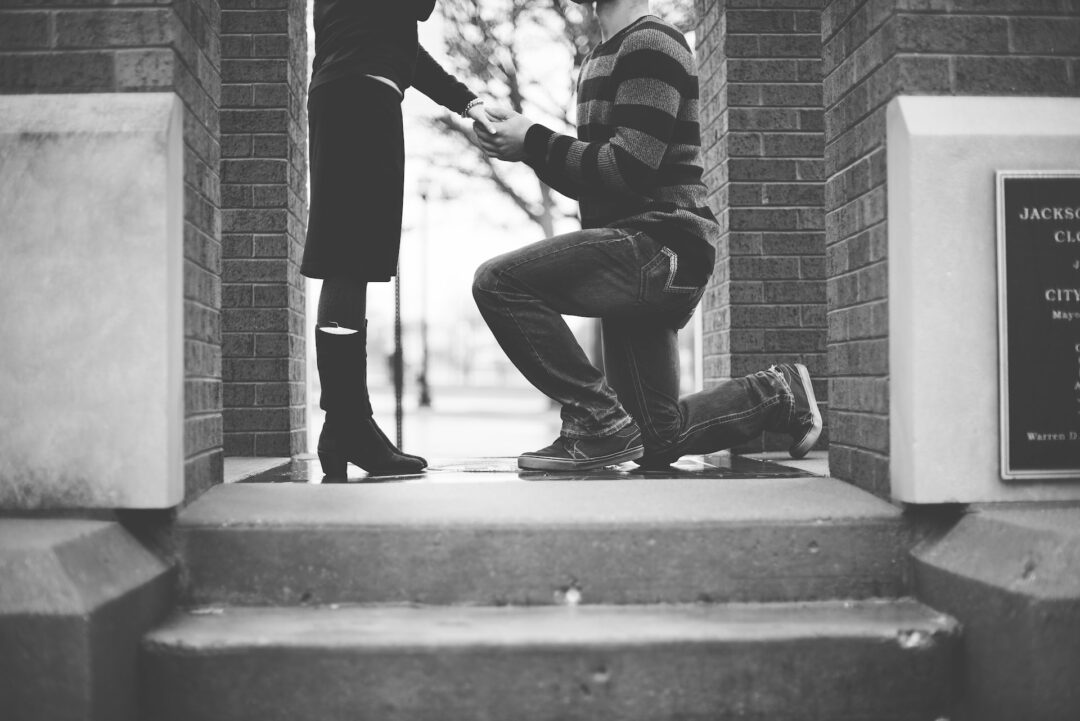 We all know that moment when a relationship shifts. I tell you, the sign might seem sublime, or non-existent to some of us that claim to be sign dumb, but it is there, breathing down on our necks like a twelve-legged monster. However, there is a million-dollar question here; is the sign to retreat? Or to advance dressed to the T in armour.

I totally get you, and in today’s article, we are going to nail down ten signs that say he is about to propose to you. It might be coming towards you right now like a train wreck, the unaware kind. Or in fact, it could be coming towards you with a big poster that says are you ready to say the YES of your lifetime? Either way, please sit tight and enjoy this article.

10 Signs He is About to Propose to You

Okay, lets take a breather. It might be that kind of sneaky, you know, the cheating kind. Or not. Depending on the amount of trust you’ve built in your relationship, once your boyfriend starts being sneaky with his calls when he usually never was, and hiding his phone and all from you, then a proposal just might be on your way.

He could be hiding that big order of roses he got for you or the proposal planners’ call which you definitely shouldn’t hear because what, it’s a surprise! So watch out as this could mean your man is about to throw at you the big question.

2.He is talking about the future:

‘Oh babe look at that baby, she is so cute. I bet you would like a baby girl just like her?”

“Mm, I think I might just prefer a chubby baby boy.”

And just like that, he has got one on you. Not just babies though, you will notice he is taking finances seriously, he could pop random questions like where you would like to settle permanently, if you’re satisfied with your job or if you want to try something else, buying a house and such. This is a big sign that he is about to propose.

3.He gets you talking about other people’s marriages:

You find that most times when the both of you are having discussions, you always talk about either neighbour A’s marriage or neighbour T’s marriage. Not Just gossip but actual intentional open heart discussion. Do you think Husband A yells a lot at Wife A? Wife T adores Husband T a lot. You should see the way she introduced him to her workers. It might seem like nothing, but in fact, he is trying to be more open to understanding what you would and would not take as a future wife. In the same manner, you’re understanding him as a future husband. So once you guys start having the whole that marriage, and this marriage discussion. Get ready to say, a YES!

4.He starts getting extra affectionate:

Not like your man rarely said the ‘I love you’ words, but recently, it’s almost like he is s a broken record that won’t shut up. He throws the words at every turn and takes long albeit not creepy stares at you. He spoils you even sillier, gets you the most precious gifts, and asks for your wants and your dislikes like he needs a reaffirmation of them. Yes, queen, he might just be about to propose to you.

5.He gets closer to your family:

This sign can be quite glaring. He asks you to invite your family for dinner on a Sunday, he says it’s to get to know each other better. He tries to get closer to the ones you’re closest with; it could be that eldest sister who is married or that younger sister is a nag. He becomes quite the detective, and you the centre of his investigation for he would want to know all the little aspects of you that you wouldn’t tell— that embarrassing childhood moment, how hard you cried when going to boarding school, and your first childhood crush. Wanting to know more about you means he wants to take your relationship to the next level, so get ready for a heart-smattering proposal.

6.He wants to know your favourite piece of jewellery:

Yes! There is no romantic, make your toes curl proposal without a ring. And what better way to completely sweep you off your feet if not by presenting you with the perfect engagement ring with your favourite stone or noble metal. He could pop the question randomly during a light-hearted discussion or he could even go sneaking around your jewellery box. Once you notice this, just know your man is about to propose.

7.He becomes invested in your likes:

Not like he didn’t use to pay attention to the fact that you’re a cook, but he never went all out to do grocery shopping with you, even as far as helping you in the kitchen! He asks you questions about your hobby, what parts you find difficult and what parts you find easier. He might even go as far as wanting to learn your hobby. This could be a sign he wants to propose to you.

8.He plans a really romantic vacation:

If he wakes up one day and throws you an over-the-rooftop, mind-blowing vacation just to spend quality fun time with you then something has changed in your relationship. This could mean that a proposal is waiting for a few steps from you.

9.He becomes enthusiastic about weddings:

He is now quite interested in attending weddings when he usually never was. Perhaps before he couldn’t care less about what to wear at a wedding, or even how to act in one. But now he is taking you as his plus one to every wedding invitation he receives from friends and relations.

10.His usage of pronouns changes:

It was you and I and never we before. But now when he refers to both of you, he is always using the we word.

“Babe, when are we going to visit your family?” “We should consider buying a house soon.” This change in pronoun can be inconspicuous to most women, but maybe after reading this article you can think about it and notice if a change like this happened. If so, then brace yourself cause a proposal is coming your way.

Do you think the proposal is not coming even after seeing all of these signs. Don’t worry, most men like to take their time with things as life-changing as a proposal. Your man might be waiting to make sure you love him enough to take the next big step, so show him through your actions that you’re ready as well.

ALSO, READ 50+ WORDS TO USE INSTEAD OF I LOVE YOU