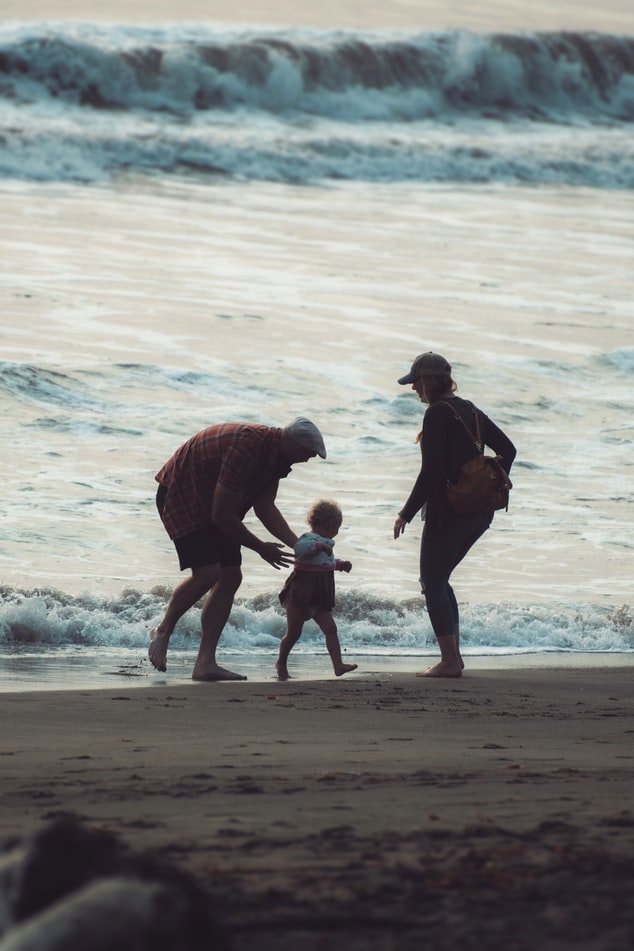 Being a positive parent is the first thing, a man and a woman would look into while thinking of having kids. As a parent, you should ask yourself questions like ‘ how do I train my children on the right track? ‘.
Positivity helps a lot in training kids, because, it helps to keep you, on the right track before making you, do so for your children.

Take for instance, in a family, where you have parents who are drunkards raising children, How positive do you think the children will be? Probably, they would turn themselves into drunkards. Remember, parenting is based on “leadership by example”. You can’t be a bad person and expect your children to become the best. they would rather, want to follow in your footstep.

Therefore, in becoming a good parent. You have to bear the terms of positivity in mind. You have to be a role model, to your children. There is no growing child, who does not need what Rubottom (2001) calls ‘frequently does of reassurance and encouragement. This is because, as a growing children, they are prone to worries and are very open to getting confused with pieces of information, probably from their peers.

Therefore, if they don’t have any positive parents, they would combine the wrong gotten information with the imaginations being gotten from the happenings in their environment, however, turning themselves into wild beings.
To be a positive parent, you should bear these top tips in mind.

How To Be a Positive Parent

1. Being the role model:

Using the decent television models we see today AS a case study, one might be tempted to ask how it is related to being a positive parent. Television models are those beauty Queens and Kings which companies use to advertise their products and to attract their customers.

Have you ever wondered why you will never see an ugly person as a television model? The answer is, that people want perfection, the companies wouldn’t allow anyone to spoil their products, and they don’t want people to look down on their products, so they go for people with a nice and perfect body structure.

However, by putting it in this way, you would understand where we are heading to. In order not to spoil your products, which are your children, you must be perfect, you don’t have to be ugly. That is, having a bad character. You must become like a queen and a king to direct your children in the right way. To be a positive parent, you have to be good and nice in your dealings.

Remember that your children would want to become like you, they watch you like a television set and becomes whatever you become. Therefore, you have to be careful not to mislead your children through your habit and character. When they When little, they are prone to be very open and can easily absorb whatever they see and behave like it.

ALSO, READ 14 QUOTES THAT HELP WHEN BRINGING UP A CHILD

2. Frequent communication with your children:

Some children are not close to their parents because they think that they don’t have time for them. Some parents have made their business their life, they don’t think about their children. They give them too much carefree life which is very bad. Having known this, will lead us to the question ‘ “why do they even give birth to kids” when they don’t even think that they have kids to raise?

This has been a serious problem in society now, some children have been living a reckless life and when you ask them a reason for living in such a mess, the answer you will get, will be very shocking. ‘my parents don’t show any sign of concern for me.
If you fail to communicate with your child as a parent, they will get the information from their peers and start behaving accordingly. In this case, you don’t have to blame them because you are the one that is making them accept what they don’t want to accept.

Communication is the process of transferring information from one source and person to another. Here, ideas are shared and knowledge is being gotten from different people.

However, imagine when a child won’t have a parent to transfer and gain information from, what will such a child be up to? Probably, any information gotten from his or her peers whether good or bad will be taken seriously. To be a positive parent, you have to make out time to speak and talk with your children, they get to ask you some questions and get your advice, scolding, and other good things you have to show to help keep them on the right track. Therefore, do not neglect your children and never try to avoid communicating with them, because it is considered the best way to speak and get to know your children more.

Hence,  for effective communication to take place, parents must learn to be open and honest. You don’t have to hide the necessary information your child is meant to know. You have to tell them the truth. Some parents can tell their children that a man touching them could get them pregnant. Knowing fully that this is a lie, why still tell them that? The secret to this type of lie is that it gets them to panic when mistakenly touched.

Therefore, as a parent, you have to be honest with your words, so that they can able to trust you.

why would you even think of flogging, shouting, or denying your child her meal when she fails a test or an examination? Have you forgotten that her dullness in class might be because of a situation or even because of you? Encouraging a child is the best thing one would do at this stage. Every child needs encouragement and support.

A child’s bad performance might be from the genes, or other distractions like watching too many movies, staying late at night, not eating good meals, and many others.
However, it is left for you as a good person to dictate the actual cause of the dullness and correct it. If it is from Malnutrition, then feed him more. A growing child is meant to be fed very well, Malnutrition decreases the active performance of the brain, therefore feeding him well.

In as much as the children are easily prone to distractions, it is best to encourage them more, always show them that they can make it and that they are the best. Never compare them with others in a negative way.

Some parents are making this serious mistake. Instead of comparing your child, why don’t you make him or her become the best? Just a little encouragement with your sweet tongue can help a child pick up and do great. Hence, try finding out the problem and challenges your child is facing and help him/her get rid of them. Don’t verbally hurt them, it makes them lose hope. Therefore, encourage and you will see them picking up and doing great.

4. Guiding your child in making decisions:

Sometimes, when a child is growing, he thinks he has become mature to take care of himself. In this case, they are prone to start making decisions on their own, and here your help is needed as a parent.

You don’t have to be harsh to their decisions, you just have to guide them in making their decisions. Sometimes when they refuse yours, allow them to do it and see for themselves how wrong that decision is.

They would turn to you for guidance. It is even a thing of joy to say’ my child is acting mature, making good decisions ‘ rather than say ‘ I make my children’s decisions by myself. Remember they won’t stay with you forever, so it is best to get them a bit exposed, allow them to feel mature, let them do some thinking, let them come up with their own ideas, and put it into consideration if it is nice. Ask them for their ideas on a particular issue, it helps a lot in bringing out the creativity of their children.

Hence, it is advised to guide your children to make the right decisions and not to make it all by yourself. Sometimes, it gets annoying to your child and makes him act so stubborn. He wants to be mature, but you aren’t making him look mature. Guide and not make them look irresponsible.

In bringing up a child, you have to be disciplined to discipline them. Discipline implies correcting them when they do something bad. It is better to know what type of disciplinary action your child understands best, and use it to correct him. ‘ leave my child, she is still a kid ‘ seriously, at the age of 12, she is still taking your money without your notice, and you are over there, telling yourself that she is still a kid.

It will reach the stage when you will say ‘ leave her, she is just a lady ‘. A lady? Still stealing.
Therefore, stop ignoring your children’s wrongful actions, because you don’t want them to you and other flimsy excuses. Let her hate you now and thank you later.

6. Stick to what they want, and not what you want in terms of career:

We understand that your children came through you, however, they are not you. Forcing them into what you want is not a good idea at all. Stick to what they desire and love, if he loves acting, help him, if she loves dancing, train her up that way.

Some parents, because they are doctors and however respected in society, want their children who are art inclined to follow their leads which is not a good sign of parenting. If your children desire another thing different from what you wished for, it is better to let go of your plans and look forward to theirs. Help them, stick to their opinions, and try your possible best to help and support them.

Everyone has something God created him or her with, therefore, you must respect and appreciate it. Don’t try to have your way with your child, because you will benefit from
their good deeds sometime, one day.

Note: Every child is a gift from God, teach and treat them well, and be a good parent to them. God has a reason for entrusting them to your care and love.