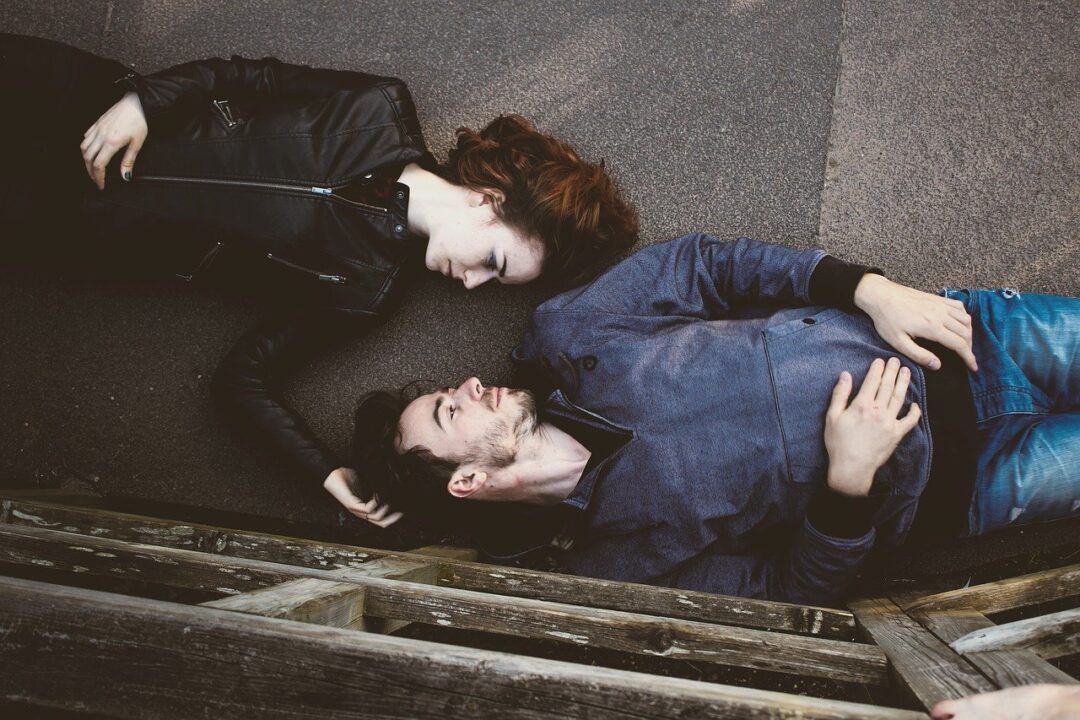 You ended things with them; and now, they are really acting Strange towards you. It could be signs your ex is pretending to be over you when he/she is not. Some Signs you get after a breakup is not something you want to misinterpret regardless of how bad the breakup was.

Once upon a time, things were good between both of you. Because things came to the point of breakup, doesn’t mean you have both moved on. Just because, you called it quits some time ago; doesn’t mean everything that happened between you two, is forever erased.

One of you may just be faking it. Because you are human and once knew this person, there are signs that will point you in that direction.

He may be texting you or behaving in a weird way. And because he/she is just expressing their feelings; it may be confusing to understand.

Also, depending on the reason for the breakup or situation, you may both still come back together or not.

In this article, let’s let clarify one important fact before looking at the 13 observable signs that your

Can Your Ex Pretend To Move On?

Yes! In actual fact, it may be the reason you are reading this article. You probably do not just understand the person’s actions toward you.

According to Ken Page, who is a therapist and relationship expert, “there are different ways people pretend to be over someone, its either they’re lying to themselves, their ex, or other people in their lives”. “They do that because they want to be resilient and it’s terribly hurtful to go through a breakup.”

He added, that it’s not uncommon to try moving on quickly to a place of being over someone. He also explains that on a general note, we are never truly over someone as much as we claim to be.

According to Psychologist and relationship expert Margaret Paul, Ph.D., “pretending to oneself is the most common pretending of all”. She also says “I have worked with people who kid themselves into thinking they are over an ex when they really aren’t,” adding that. “Many people don’t want to do the inner work to really be over an ex and simply pretend to have moved on”.

Based on the work of these amazing persons, we can deduce that in fact, many people do pretend to over their ex a lot of times. And it’s more common than we think; it could have even happened to us in the past unknowingly. And also, your ex may just be pretending to be over you.

We all deal with breakups differently. While some are continually in denial; others just let out all the feelings by crying, eating too much, drinking to stupor, and so on. Thus, your ex may just be pretending to be over you to escape reality.

Now let’s get the signs. Beware; they may not show all these signs. However, if they show at least two of these signs, you are right on track.

Here Are 15 Signs Your Ex Is Pretending To Move On

1. The Signals From Them Is Not Straightforward

This is a sign your ex is pretending to be over you. Because the signals you are getting from becomes very confusing to understand. They show mixed signals, that you find very hard to interpret.

When you ask how they are, they say they are doing very fine; yet they look otherwise. For the guys, his beard may be unshaved, his clothes rumpled, he may reek of alcohol and still tell you he is doing amazingly well.

Or, He may look very sharp and well shaven but with heavy bags under his eyes. You can literarily see exhaustion written over them yet they maintain they are fine.

2. Their Emotions Towards You Are Extreme

This means that everything they feel towards you is heightened. They usually mask the love they have for you; with extreme emotions, like love, hatred, and sadness.

They may not want you to see through their façade so; they hide it, by exhibiting something entirely different. And because they have not moved on, they will eventually show you these extreme emotions.

There is a very clear indication, that they are not over you yet; and only pretending. Drunk dialing can be very annoying; because they’re not even totally aware of it.

But, because they are thinking about you; the first person that comes to their mind to ring in that state is you. It’s now totally dependent on you; if you want to take the call.

Even if normally, the person drinks, it is intensified after your breakup. And even after time has passed, they’re still drinking.

People drink for various reasons; but in their case, it’s to escape the reality, that you are not in the picture anymore. Because of the hurt and sadness, they will try to drown all these feelings in alcohol. Which is why he will drunk dial you.

5. They Keep Trying To Explain The Breakup.

If all he does, when he calls, is to keep explaining the reasons for the break; then, he is still hooked. He keeps dissecting and explaining why he left.

Even when it doesn’t make sense, he keeps talking about it. This means, he is still in denial and has not fully understood it yet. So he can’t even move on.

6. They Want To Remains Friends

This can be very tricky. It could be their way of trying to get you back; or, their way of escape losing you.

So, they are still there; whenever you call on them and are still friends with you. They may not be ready to lose you totally yet.

So, this way they can still have you around. Usually, when this occurs they still want to be more than friends but are more subtle about it.

7. They Stay In Touch With Your Friends

If they are not pretending to be over you, they have no reason to keep in touch with your friends. Except, it’s for business or something of much importance.

8. People Around Them Try To Get You To Reconcile

These people are around him and they see his state. Thus, they will naturally try to help him. They try to convince you to check upon him.

They know he is not over you yet, and are probably still devastated by the breakup. So in their own way, they will want to bring you two together again.

If they see you, they’ll urge you to call him to know how he is doing. They may even tell you he misses you.

9. They Are Stalking You On Social Media. 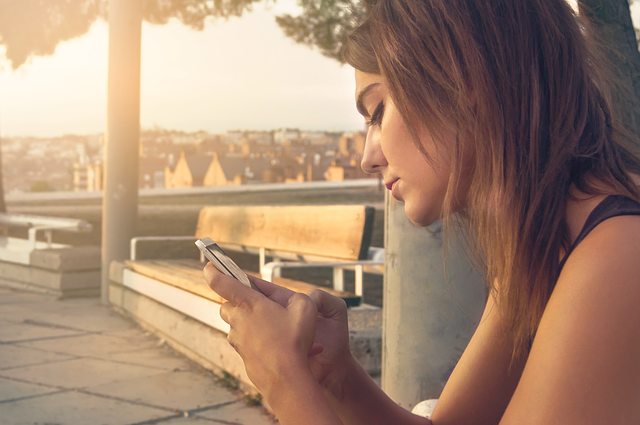 You have broken up; yet, they are the first to like and comment on your picture on social media. It means they are not over you yet and just pretending.

Even if they did it when you two were still together, now it’d be even more serious. He doesn’t just like and comment on your posts but he does that as soon as you post them.

ALSO, READ 30 Ways To Keep A Girl Happy Even If You Suck

10. They’re Refusing To Date Someone Else

If they are refusing to date someone else; even after so much time has passed, they are have not moved on. The excuse they give is usually unrealistic and vague.

There are two reasons they may be doing this, it’s either they are still healing from the breakup or they hope to still get back together with you.

11. They’re Not Sticking To One Person

They are just hopping from one person to another; and, not staying faithful to one person. Today you see them with Tracy, tomorrow it’s Linda.

Meanwhile, when you two were together, they were committed to you. Something is definitely wrong with them. They are not over you just yet.

12. They Still Maintain Contact Even When It’s Not Necessary

Although, they do not have to be in contact with you; yet, they will still call once in a while to check up on you. The reason is simple, it is because they miss you.

This is a very obvious sign’ your ex is pretending to be over you. He won’t just stay off the radar; he will call and send messages when he feels like.

13. They Show Off Their Accomplishment

They are not over you if they are showing off their improvement in your face. You don’t need to know what they have achieved.

No one actually parades their growth, in front of people they don’t care about. His reasons may be in two ways; either he is trying to get you jealous and regret the break-up or he wants you to see his growth and see that he is improving

They Don’t alter Their Schedule and keep running into you.

If your ex has moved on, they will adjust their schedule to avoid awkward moments when they run into you. Rather they maintain the same schedules you are used to in hopes to run into you. They may come with another girl just to get you jealous or they may genuinely just want to see you.

14. They don’t let you get your things and even leave theirs behind.

Are they still holding on to a shirt of yours even after a lot of time has passed? Did they refuse to come to get some of their things left at your place?

It’s not the things that are that valuable to them; they just holding on to it for sentimental reasons. Because they probably miss you. They may even be waiting for you to come to get it so they can spend time with you. People who hope to get back together after a breakup have not really moved on.

15. They are refusing to publicly acknowledge the breakup

It’s because your ex has not moved on so they are still holding on. They will refuse to admit that you are gone because to them, you will still get together. If someone asks them they will rather say you guys are having a misunderstanding rather than you have broken up. On their social media, they will not change their relationship status. They are obviously struggling to let you go.

In the end, what matters is what you want for yourself. They may be showing any of these signs, good or bad but you still get to choose your next step. Either to take them back or break it off completely. So be sure to make the best decision for yourself since you don’t really know what their motive will be if you allow them back into your life,